Wondering what the fuss around Australia is about?  Why do so many South Africans pack up their lives and leave everything familiar about South Africa behind for a life Down Under?  We looked at the Top Twenty reasons.

1. Life in Australia is uncomplicatedand by the book

Laid back and friendly but with a lot of structure and self-discipline basically sums up life in Australia.  Citizens act maturely; respecting laws and each other which naturally means far less crime and an overall safe more peaceful existence.

Everyone stops at a red light. Motorists wait for pedestrians at street crossings. They don't have high walls or electric fences. Residents rarely lock doors when they go to sleep at night or to the shops during the day. It's OK to walk outside at night.  Nobody vandalizes property and things like drunken disorderliness are unheard of. 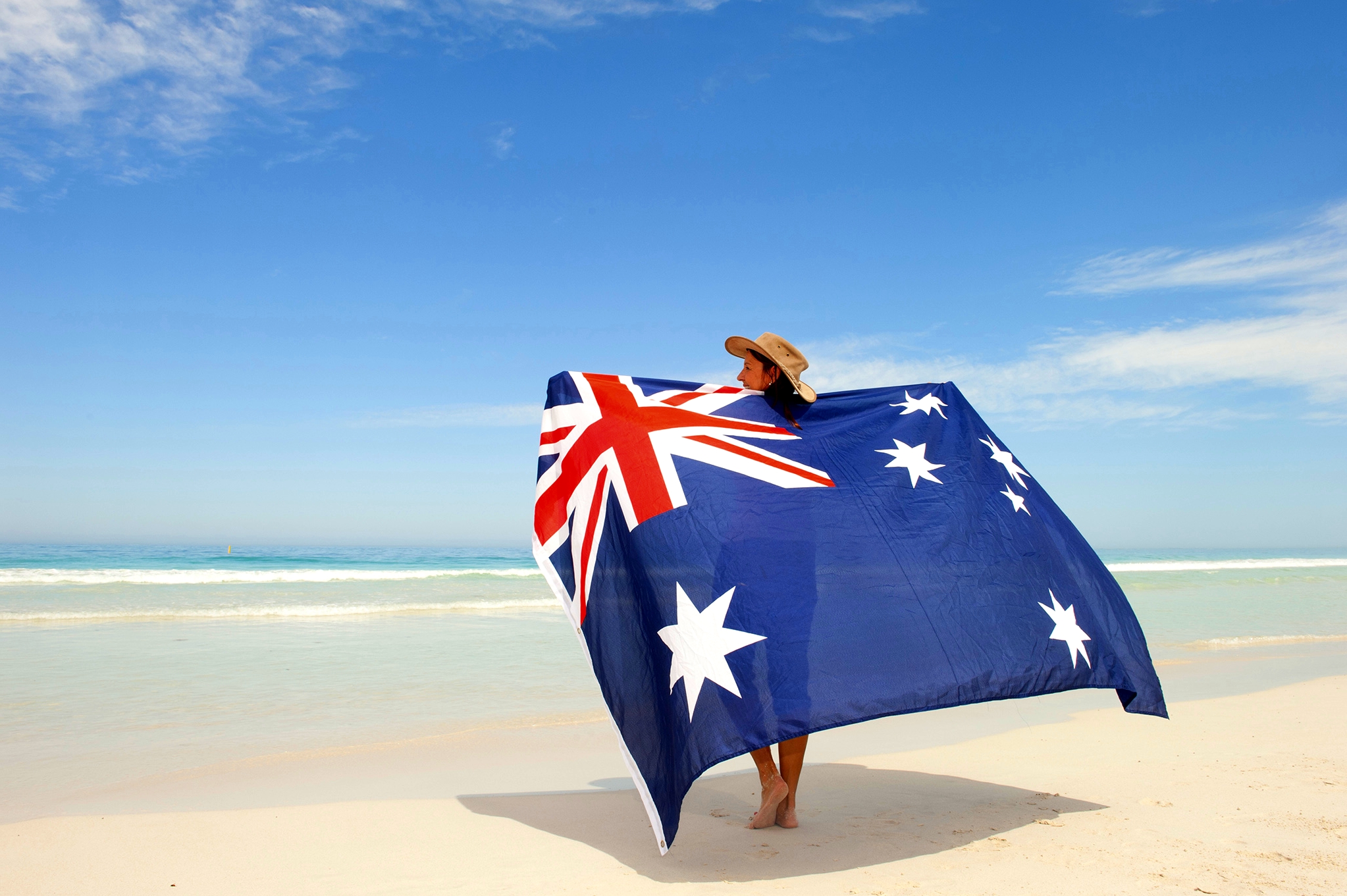 2. Taxes are used for maintenance and improvements

Even very small towns are serviced without fail.  Potholes are fixed, storm drains are cleared, refuse is removed and broken pipes are repaired.  Even footpaths and parks are kept in tip top shape. Playgrounds come with free gas filled barbeques (braai's) in green parks and inhabitants help to keep the town and beaches clean.

The Australian government never stops investing in infrastructure and as a result Australia boasts one of the World’s most advanced and complete infrastructures which includes top quality road ways, top international standard public transport like trains and busses, some of the World’s largest and best equipped state hospitals, schools and universities.

3. Aussies are friendly and hardworking

Australians are friendly, incredibly hard working and maintain very high standards.  It is no surprise that according to the latest Expat Insider Survey Australia is viewed under the Top-10 friendliest countries in the world.

4. Plenty of work opportunities for people with the right skills set

With a healthy growing economy come endless job opportunities.  Australia’s unemployment figure stands at 5.59%.  This figure is mostly made up of the country’s large aging population, those unable to work and children under 18 who are not allowed to work.   In stark contrast South Africa’s unemployment rate unsteadily stands at 26,6%.

There are almost always more jobs available than there are people to fill them.  This means that when you job hunt in Australia you can really take your time to find the job or employer that fits you best, unlike South Africa where you have to accept whatever is available or risk being unemployed.

5. One of the world’s top educational systems

Aussies are largely well educated; around 36% of the population holds university degrees. There are an impressive number of study options for overseas students with over 1,200 institutions and 22,000 courses in Australia to choose from. Australia has the third highest number of international students behind the UK and US.

The country’s educational system is ranked 6th best in the world.  South Africa’s troubled system was ranked 117th out of 134 participating countries.

Australia is one of safest countries to live, study and work. According to Mercer’s 2016 Quality of Living Survey on over 450 cities, Australia has 6 cities ranked in top 50 safest places in the world. These are Sydney 10th, Melbourne 15th, Perth 21st, Adelaide 27th, Canberra 28th and Brisbane 36th.

Australia is known for low crime rate compared to other countries in this world. Besides, the community-minded nature of the Australian people makes this country a safe place to live.

The economic growth of Australia is almost steady for almost 40 years and therefore more and more people immigrate to this country every year to earn higher wages or salary.  In 2006 – 2011 the country withstood the largest international recession in recent years.  In fact while the whole world including the USA suffered massive job losses, business closures and general economic ruin Australia has only showed economic growth since the 1980’s!

8. The second best healthcare system in the WORLD

Australia's healthcare system has been ranked among the best in the developed world, ahead of countries like the UK and America.

The healthcare system in Australia is known as one of the best in this world as this covers the hospitalization and medical payments of the citizens in the public hospitals.

9. Service delivery is not an issue

Services such as water, gas and electricity are easy to come by and reliable.  Service providers are private which encourages competitiveness which benefits the end user’s pocket.

An unspoiled natural environment is one of best attractions of Australia. This country is home to golden sandy beaches, tropical rainforests, incredible deserts and snowy mountains. There are over 500 national parks and 19 world heritage-listed sites in Australia. With the availability of numerous beaches and the coastline of more than 36,000 km it is no surprise that the Aussies like a good day outdoors as much as South Africans do.

Aussies are very respectful of their natural surrounds and as such are very good at managing waste and limiting pollution.

As a relatively young society Australia has established itself in the global community as a respected first world country.  Australia’s political stability, excellent governance, hard-working ethos, growing economy and flair for innovation made it a huge success in just over 200 years.

12. This all adds up to a top quality of life

Points 1 – 11 all add up to a very high-quality life.  In the newest Mercer Quality of Life Rankings Australia took the honours of third position.  The country has historically always ranked well on this index and all indications are that they will continue their stance or even improve.

13. A climate South Africans are used to

Like South Africa Australia has a rather mild climate. Summers can be hot but are not often boiling hot and winters can be cold but your certainly won’t be spending 5 months of the year digging your car out from under the snow.  This means that those hardened Saffas who never where a jacket and is only ever seen in shorts won’t have to change much about his wardrobe!

People from over 100 countries have migrated to Australia making it one of the world's most culturally diverse countries.

The country prides itself on the contribution migrants have made and continue to make.  “Australia is stronger and more prosperous as a nation because of our multicultural heritage. We value people based on the contribution they make —irrespective of colour, religion, or ethnicity – and who embrace our national values and laws,” said Australia’s newly appointed Minister of Immigration, Citizenship and Multi-cultural Affairs, David Coleman in a recent statement.

15. Some of the world’s top things to do and see are in Australia

Australia is blessed with some of the world’s most awe-inspiring landscapes and natural attractions. Not only is it home to the very famous Great Barrier Reef but other internationally-known landmarks like the Sydney Opera House, Sydney Harbour Bridge, the ever so cool Bondi Beach, breathtaking Uluru and the unique Daintree Forrest.  In fact Australia boasts a total of 19 UNESCO sites including the Australian Fossil Mammal Site, a number of islands off its coast, the Gondwana Rainforests of Australia and the Tasmanian Wilderness.

Australia is also the exclusive home to indigenous animals like the kangaroo, koala, wombat and dingo.

People in Australia have their own quirky terms and unique accent, but most of them understand and speak English. Therefore, communicating with them is quite easy. It won’t take you long to work out, for example, that a barbie is a braai, tradies are tradesmen, arvo is afternoon and that you won’t want your new Aussie friends to think you are a bogan. You should also know that Saffa is the affectionate term used for South Africans.

Permanent residents in Australia can, in most cases, qualify for Australian citizenship by meeting certain criteria.

18. A lifestyle that suites South Africans

Australians are known for the laid-back lifestyle. So, they consider the relaxation time with friends and family really important.

Also, work-life balance is considered an art here, which most of the Australians perform perfectly.

Parties, gatherings and family picnics are important parts of the daily life of Australians.

For the Australians, sport is a national obsession and the rate of participation in sports is also quite high. The most popular sports include: cricket, soccer, rugby, football etc.

Parks are a popular theme of every city in Australia and while being in this country, along with the cityscape and trees, you would never be away from a green place.  Australia is also very aware of the environmental effects of refuse and waste and as such recycling and waste management is very advanced.

Probably one of the best reasons motivating South Africans to migrate to Australia is to join family who already live there.  It is estimated that more than 200 000 South Africans now call Australia home which means many, many people are missing family and friends who left South Africa in search of a better future and would like to be reunited with them.