Aussies are the wealthiest people on Earth

Life in Australia seems to be great and only getting better. Besides being one of the world’s happiest, and most progressive countries it seems that Aussies can now also lay claim to being the richest on the planet. 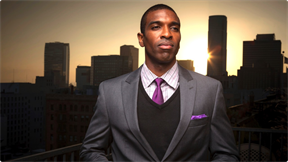 According to a new report, Credit Suisse’s 2018 Global Wealth Report Australia was the second-richest country overall based on income levels of that country’s adults.  Switzerland (USD 530,240), Australia (USD 411,060) and the United States (USD 403,970) again head the league table according to wealth per adult.

The ranking by median wealth per adult (the average income per person for all working people) favors countries with lower levels of wealth inequality and produces a slightly different table. This year, Australia (USD 191,450) edged ahead of Switzerland (USD 183,340) into first place.

While it’s true that wealth in the US is growing faster than anywhere else in the world, it’s not the richest when you compare the average amount of wealth per adult. In fact, it turns out that individually the average Australian is the richest of all nations. Essentially this means that Australia has a low level of wealth inequality — the income gap between the highest earners and lowest earners is not as big as it is in some countries.

The data revealed Australia’s median wealth was US$ 191,453 per adult — while the US wasn’t even ranked in the top 10, due to the country’s huge wealth disparity.  South Africa ranked 66th on last year’s list of 174 countries with a median wealth per citizen of US$ 6,726. Switzerland ranked in 2nd position followed by Belgium, Netherlands and France.  Canada placed 6th overall with Japan in 7th position followed by New Zealand, the United Kingdom and Singapore.

The report certainly is a great testimony to the economic stability and employment opportunities in Australia. “Household wealth in Australia grew at a fast pace between 2000 and 2012 in US dollar terms, except for a short interruption in 2008,” the report states.

“The average annual growth rate of wealth per adult was 12 per cent, with about half due to exchange-rate appreciation against the US dollar.

“… Australia’s wealth per adult in 2018 is $US 411,060, the second highest in the world after Switzerland. In terms of median wealth, it has edged above Switzerland into first place.”