Aussies share their advice to expat success in Australia

Australia has long reigned as top choice for South African expats. Besides some cultural and climate similarities the country always (no exaggeration here) places among the top 10 most liveable countries in the world. Year on year the respected HSBC report released places nearly all Australian cities at the top of the ‘Best Cities in the World’ list. 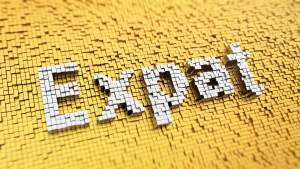 While on paper Australia seems like the obvious choice for a happy life, right? Well yes, a life of bliss is very possible if you do your bit. And the UK-based news source The Daily Telegraph found out what advice Australians would give expats.

DT spoke to 1,000 Australians who were asked what they thought of expats, and what traits they’d like to see in those moving Down Under.

Two thirds of Aussies highlighted that being hard working is crucial for expats – a figure which rose to 80 per cent among those over the age of 55 according to the research by Crown Relocations.

“Australians wear their jobs like badges of honour, unlike in England where the general idea is that life gets better the less you work,” commented Annabel Tellis, British expat in who has been living in Victoria for the past 12 years working as an author and lighthouse tour guide.

So how ‘hard’ is working hard? According to last year’s InterNations Expat Insider survey, Australia is the tenth best country in the world for work/life balance and has the seventh shortest work week – sounds about do-able.

Nearly half of the Aussies interviewed said that tolerance of different cultures, people and so on is really important if you plan on enjoying your time Down Under.

Tina Wild, a British writer, said in her comments to the Telegraph that, “Australia is a new and diverse country made up of migrants. There’s a saying in Australia about giving everyone ‘a fair go,’ which reflects a culture of tolerance, and lack of hierarchy and class system.”

When it comes to finding your feet and fitting in a third of Australians said that expats should be as sociable as possible.

Always accept an invitation to a social event and volunteer at your child’s school or in your community. You may have to put in some extra effort into getting to know your neighbours in Oz… Although they enjoy hosting parties and are very generous with their friendship they are essentially a close tight knit community of friends and outsiders would have to reach out to their Aussie neighbours too. After all when it comes to making friends, Australia only placed 31st in the world in the InterNations survey.

Three in ten Australians highlighted the need for expats to have a good sense of humour.

But be ready for a sense of humour you might not be used to... Aussies seem to enjoy roasting their mates. When this first happens to you please don’t take exception. Rather take yourself less seriously and enjoy the good natured banter.

Australians listed a host of reasons why they believe their country is a special place to move to - the top five were the climate, outdoor way of life, the people, the standard of living and the beautiful landscape.
New comers should take special care to enjoy these amazing gifts the Aussie-life offers.