The proposed “short-term mobility" subclass of visas would be available for “specialised work which may include intra-company transfers and foreign correspondents", says a proposal paper. 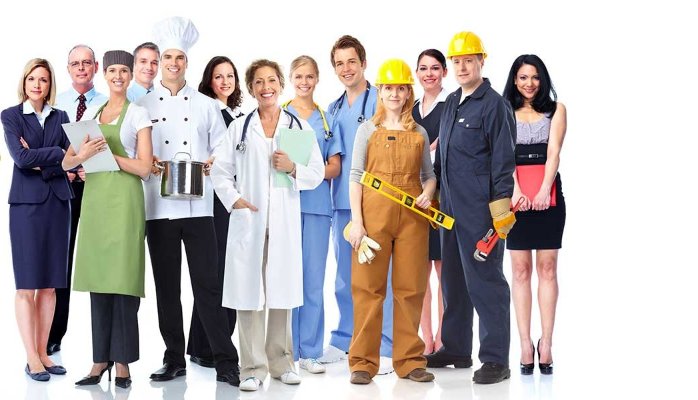 Fly-in, fly-out commuters, global partners or specialists who need to ­provide short periods of work or consultation to a company would be ­covered. The visa would furthermore allow for multiple entries.

The paper is part of a review announced in October and billed by the Abbott government as the biggest re-examination of skilled migration in 25 years. The government wants to cut red tape and give companies more flexibility to grow and compete for talent. ­But the changes would upset unions, which are mostly hostile to foreign labour.

A short-term mobility category would replace the existing category 400 visa, which allows skilled or specialist entrants to work for up to six weeks.

There were 4587 visas of this type granted when it was first offered in 2012-13. That jumped to 32,984 in 2013-14. Applicants are concentrated in mining, manufacturing, construction and education.

Employer groups have been pushing for a less onerous visa than the 457 to allow them to bring in specialists for shorter-term projects. They say the six weeks offered under the 400 visa is too short and the department often re­directs applicants to 457 visas.

The existing employer-sponsored 457 visa would be absorbed into a new “temporary-skilled" category, according to the proposal paper. It would continue to require candidates to meet English language, skills and labour market tests.

Applicants in the permanent-skilled category would have to prove they are filling a genuine vacancy in the local labour market. This category would subsume the existing 186 and 187 visas.

“Competition for migrants amongst growth countries such as China and India, as well as our traditional competitors, will require that our skilled programs are no longer designed to passively receive migrants, but are designed to aggressively target ‘talented’ migrants in a highly competitive environment," the paper says.

Australian Mines and Metals Association director Scott Barklamb said Australia would benefit from “mobile, highly skilled professionals who temporarily live and work where their specialised skills are most in need". “Australians working in the resource sector often have opportunities to work and live temporarily all over the world and the Australian industry must similarly benefit from global engagement."

In a submission to the government, Master Builders Australia said: “Some projects are shorter duration – for example three months – and going through the time-consuming and costly process of applying and securing 457 visa holders is not flexible enough."

The “genuine-temporary-entrant" test that has been applied to student visas would be used for the short-term mobility subclass to prevent rorting.

The short-term mobility subclass would include a visa valid for three months or a year. Candidates for the shorter visa could be bought in at the invitation of an Australian company.

For the visa to be valid for up to 12 months, candidates would require a “statement of guarantee or undertaking from the Australian organisation detailing salary and any employment conditions reflective of the Australian standard for the duration of the stay must be provided".

There is also a review of the integrity of the 457 visa system, the significant investor visa program and an inquiry into the Business Innovation and Investment Program.
The government said it would be premature to comment during the consultation period. A spokesman said the proposal paper was drafted by the department, not the government.