Figures released earlier this week indicates that the number of people arriving in Australian from India jumped 60% in the year to 10,287, overtaking China as the third-largest source of long-term arrivals. 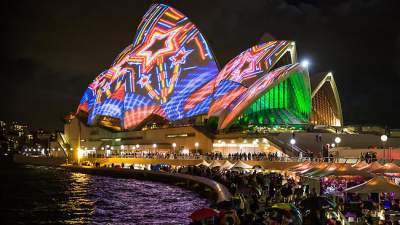 Westpac senior economist Felix Delbruck expected immigration to peak at 55,000 in the first half of next year as a weak Australian labour market kept departures to Australia at historically low levels and migrant arrivals remaining high.

The Reserve Bank had become more sceptical about the implications of the immigration boom for the housing market, assuming the net immigration would have a more muted impact on house prices than in previous cycles.

''As such, the Reserve Bank has moved closely in line with our view of the housing market. We think financial factors, such as interest rates and loan-to-value restrictions, have tended to be the more powerful drivers.''

However, even with that view, the migration boom was big enough to provide support to spending growth and modest further house price gains, he said.

The flipside was that population growth was expected to slow significantly from 2016, as the Canterbury rebuild started winding down and a strengthening Australian labour market once again attracted more New Zealanders offshore, he said.

In the month, New Zealand gained a seasonally adjusted 4700 net migrants in September, matching August's record inflow. There was a net loss of 68 people to Australia in the month, from a net outflow of 71 people in August, well below the peak monthly net loss of 4300 migrants across the Tasman in February 2001.

The number of short-term arrivals rose 1% to 193,000 in September from the same month a year earlier, and was the second-highest for a September month, beaten only by the same month in 2011 during the Rugby World Cup.

Ms Leung said although down on a year ago, the number of tourists from China remained strong with the 18,400 Chinese tourists the second-highest for a September month.

New Zealanders heading off on short overseas trips rose 4% to 219,700 in the month from a year earlier - the highest for a September month, with more trips to Australia, Indonesia and Fiji, Statistics NZ said. Annually, short-term departures rose 3% to 2.24 million in the year.