Australian employers will increasingly be turning their attention to skilled migrants to solve their skills shortage problems. 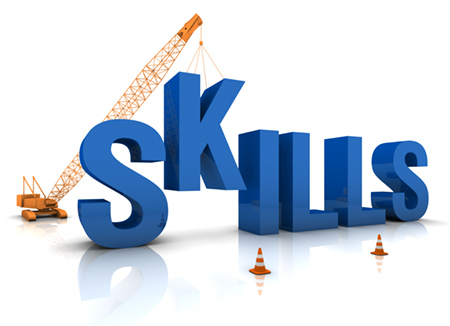 A new survey underlines the fact that Australia’s workforce talent pool is not large enough, skilled enough or available enough to address gaps in the number of industries. Without the appropriate talent, experts warn, Australia faces the real possibility of becoming less inventive and less competitive leading to a slowdown in economic growth. The latest National Australia Bank (NAB) quarterly survey, published this week, pointed to ever-increasing skill shortages in Australian industries.

According to the NAB report, in the December quarter last year, more than 50% of firms indicated that they had trouble finding suitable staff, something the NAB says bodes well for those looking for a larger wage increase.

These figures fit with commentary from the Reserve Bank of Australia (RBA) this week with the bank noting “there are reports that some employers are finding it more difficult to hire workers with the necessary skills”.

So while some may argue that there may be unemployed and underemployed workers in Australia, not all have suitable skills to fill available positions and thus employers are forced to find talent offshore.

Earlier this week we reported on the fact that Australia was experiencing a shift in the profile of their workforce with fewer and fewer tradesman entering the market every year. This is the result of educational institutions dropping their trade course due to a lack of enrolment figures creating a huge skills shortage problem for a country that is growing and expanding at a healthy rate. To keep this growth rate positive tradesmen are ‘imported’.

Similar situations are true in not only the trades but in the hospitality and medical sectors too said the NAB report.

Queensland’s business owners have added their voice to the concern.

Chairwoman Sandy Zubrinich said skills shortages in Queensland is a concern for businesses.

"There have certainly been plenty of good growth stories in the tourism, health, education and construction sectors; however, one of the major discussion points was that each of these areas is experiencing skill shortages.”

"While the proposed opening of an Australian Industry Trade College on the Sunshine Coast in 2019 will help to address the issue in the future, and TAFE is already addressing the shortage of skills through their courses, it will be beneficial to gain more insight into where these gaps lie so they can be addressed appropriately.”

Speaking on behalf of the Australian mining sector Ausdrill managing director, Ron Sayers said that the skills shortage, limiting the growth of Australia’s mining sector, is the biggest challenge facing the industry.

Ausdrill hosts a workforce of 440 people in Kalgoorlie-Boulder but Mr. Sayers said attempts to grow the business and take on more exploration contracts in the Goldfields had been stifled by the Australian government’s decision to pull drillers off its skilled occupations list last year as part of moves to phase out the 457 visa program, calling on the Government to review its decision.

“We have a lot of African employees that are competent that we could use and bring out here, but we’re not able to because we can’t qualify them on a 457,” he said.

According to Mr. Sayers, local workers are not available because skilled operators who left the mining industry after the latest downturn have not come back.

“When the boom was on, we had a lot of people, and when the boom came off, people were made redundant and went into other fields of work,” he said.

Mr. Sayers added that the lack of skilled tradespeople in Kalgoorlie-Boulder has had a knock-on effect and local business or also under strain.