"Skilled migration has always been a part of this country's prosperity, but we need to ensure we are getting the right skilled migrants filling the skills shortages," Employment and Skills Minister Michaelia Cash said last week. 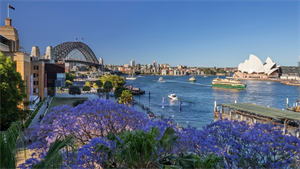 Australia will always need skilled migrants to fill positions not filled by Aussies and right now many of these jobs will take them outside of Australia’s large cities’ limits – known as Regional Australia.  For some time now the Australian government has turned their focus to Regional Australia where employers are finding it hard to find suitable staff and where a larger population would boost local economies.

Australia is expected to publish an overhauled Skills Shortage List by March 2020. The list, which is sub-divided into a short term and a medium- to long term list of occupations, will focus on jobs Australia needs migrants to help fill with the aim to get more immigrants into regional areas.

Right now the Australian government has started its regular review of the skilled migration occupation list asking for input from employers in regional areas in particular about what job vacancies they can't fill.

"We have heard from stakeholders who have identified a growing need in some sectors for skilled workers,” said Cash.

Immigration Minister David Coleman said the government had a special focus on skills shortages in regional areas across its whole migration program and would continue to make sure businesses could get the workers they needed to grow.

"We've allocated 23,000 regional migration places, introduced two new regional visas and signed designated area migration agreements around the country to attract migrants to the regions, help towns grow and to fill some of the 60,000 job vacancies in regional Australia," he said.

An updated skilled migration occupation list will be published in March 2020.

The existing lists make about 500 occupations eligible for temporary skilled visas and 673 jobs eligible for the regional sponsored migration scheme.

Where is Regional Australia?