Australian business in regional Australia and in smaller cities are anxious to receive more skilled migrants through the country’s immigration program. 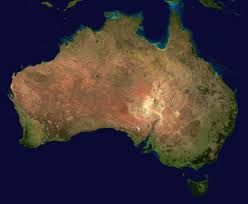 Speaking on behalf of these communities Committee for Adelaide CEO, Jodie van Deventer, told The Australian that the great Australian society benefits by the redistribution of migrants to regional areas.

“Curtailing migrant numbers to help cities like Melbourne and Sydney is ludicrous when you consider the harm it will cause to places like Adelaide and much of the nation’s regional areas where some communities are struggling to survive,” van Deventer added that visa conditions that required migrants to live only in cities such as Adelaide, Hobart or Darwin “must be considered as part of a population decentralisation strategy”.

“It would ease pressure on Sydney and Melbourne and create opportunities for cities such as Adelaide,” Ms van Deventer said.

“However, it’s important that these strategies don’t happen in isolation. Providing visas that specifically permit people to live in places such as Adelaide puts us on the shopping list of skilled migrants, while ensuring the program matches genuine demands, and means migrants will be better matched with appropriate job opportunities and won’t need to travel elsewhere to find employment.”

Van Deventer further said that more attention should be given to the backlog of more than 18,000 unprocessed regional sponsored migration scheme visa applications.

Joint research by Treasury and the Department of Home Affairs released last week showed skilled migrants were adding to Australia’s wealth through their contributions to the economy.

The report, released last week, stated that skilled migrants are adding to Australia’s wealth and are the population group least likely to be benefiting from state welfare. They are also not competing with locals for the same jobs and are, as a matter of fact, contributing to a 1% annual average GDP increase. This increase is set to continue well into 2050 and likely beyond.