In April 2017 the Australian Government announced that changes would be made to their current immigration system, those changes came into play on 18 March this year. 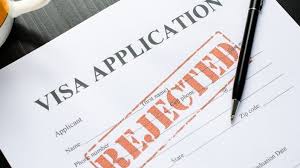 The changes that made world news headlines is designed with the ‘Australians First’ ideology which in effect protects the jobs of Australians through new regulations. It does not imply that Australia wants to get rid of migrants, in fact, migrants play a critical role in filling jobs for which local Australian talent cannot be found and the new rules only ensure that employers meet the criteria to achieve this goal.

The rules are also set to protect migrant workers from exploitation and to ensure that migrants do not misuse the system.

We have summarized the changes but as this is only a summary we strongly suggest that you consult with your immigration practitioner to establish if and how these changes will affect your application.

According to the Australian Government’s immigration website any visa applications lodged and in the process before March 2018 will be processed under the old rules.

The key changes being introduced in March 2018 for the Employer Nominated Stream (ENS) and Regional Sponsored Migration Stream (RSMS) visa programs, subject to the transitional arrangements and the final drafting of regulations, are:

Employers required to pay a contribution to the Skilling Australians Fund (once the legislation has been passed - still awaited) based upon the duration of the visa required
Small business (less than 10M turnover): pay $1,200 per nomination/year/visa duration requested.

Visa Application charges appear to be:

Skilled occupation lists: The Medium and Long Term Temporary Skilled List (MLTSSL) will apply to the ENS and the RSMS, with additional occupations available through the RSMS to support regional employers

Salary arrangements: the new market salary framework planned to be introduced for the TSS visa will also apply to ENS and RSMS, including Temporary Skilled Migration Income Threshold (TSMIT) requirements. This means that a minimum salary for a job level or occupation must be observed by the employer.

Residency: The eligibility period to transition to permanent residence will be extended from two to three years

Work experience: At least two to three years’ work experience relevant to the particular occupation will be required

Age: All applicants must be under the maximum age requirement of 45 years at the time of application.

Applications: Applications lodged before March 2018 will be processed under the old rules

The Bills to implement the SAF levy passed the House of Representatives on 12 February 2018, but are yet to pass the Senate. Policy settings are being finalised and may change. More details will be provided when available.