Don’t waste any time planning your immigration to Australia

Now is the time to get moving on your Australian plans! Soon it may be more difficult to do so, that’s if Australia’s minister of home affairs gets his way. 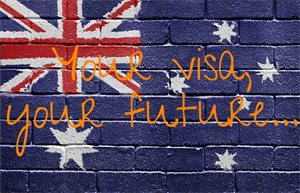 Australia’s Minister of Home Affairs, Peter Dutton, last week told an Australia radio station that Australia must reduce its intake of migrants “where we believe it’s in our national interest”.

The home affairs minister spoke to 2GB Radio on Thursday reacting to new Liberal Senator Jim Molan’s first Senate speech on Wednesday in which he expressed concern over whether Australian cities had enough space and infrastructure for locals and migrants. Dutton said that new migrant would be limited if it appears that the country at any point does not have the infrastructure or space to deal with the increased population.

But Dutton remains keen to introduce more migrants into regional Australia, “We have to try and encourage people out into regions, we have to reduce the numbers where we believe it’s in our national interest,” he said. “It’s come back considerably and if we have to bring it back further, if that’s what required and that’s what’s in our country’s best interests ... that is what we will do,” adding that most of the overcrowding is around Sydney and more people should be motivated to move to Melbourne.

Dutton said some regions and sectors were sorely lacking in staff as locals are unable to meet certain criteria in specialized fields.

Commenting on the effect that migrants are having on the Australian society an article published in The Conversation said regional Australia would seize to exist if not for migrants.

“Rather than being an unsettling force, international migrants are helping to provide stability to the regional Australian communities they settle in. A considerable number of new arrivals are also younger and have the potential to build families and work in these communities.”

“We can see that, for many small towns, the overseas-born are the only source of population growth. A majority of these places rely on primary industry for economic viability. Although predominantly rural, these places are not in the most remote parts of Australia.”

The Regional Sponsored Migration Scheme visa (subclass 187) is for skilled workers who want to work in regional Australia. This visa involves a two-step process, firstly, nomination by an approved Australian employer and then an application under the nominated stream. It is part of the Permanent Employer Sponsored Visa program.

You can apply for this visa only after you have been nominated by an employer in regional Australia.

What this visa lets you do

• This visa allows you and your family to live in Australia and work permanently in regional Australia.
This is a permanent residence visa. It allows you and any family members who have also been granted this visa to:
• stay in Australia indefinitely
• work and study in Australia
• enroll in Medicare, Australia's scheme for health-related care and expenses
• apply for Australian citizenship (if you are eligible)
• sponsor eligible relatives for permanent residence
• travel to and from Australia for five years from the date the visa is granted (after that time, you will need a resident return visa or another visa to return to Australia).

Consult an experienced Australian immigration agent to find out more and if you would qualify for this visa.