Foreign engineers will have a future in Australia

Skilled, experienced and educated engineers will in the near future have a better chance than ever at landing great jobs in Australia. Fewer and fewer Australian children seem to be interested in taking maths and science as high school subject leaving fewer future candidates to study, amongst other careers, engineering. Australia faces the real possibility of being very short on engineers very soon opening the door to foreigners who are skilled engineers. 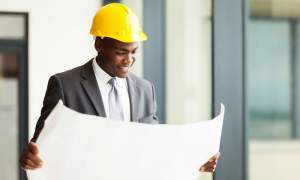 Engineering positions are already being filled by skilled migrants with less than half of the country’s engineers being born on Australian soil.

Unless the country stops the decline in students taking up science, technology, engineering and maths (STEM) subjects “we will simply be left behind” stated a recent Engineers Australia report.

The report also found that:

• During the period 2001 and 2015 Australian high school students studying advanced maths has fallen from 15.9 percent to 6.2 percent and physics from 25.1 percent to 5.9 percent
• Female engineering candidates would be especially hard to come by with only 6 percent of girls studying maths and physics up to year 12 (Grade 12 in South Africa)
• Skilled migrants are sought after to fill many vacant positions. The report found that as many as 57 per cent of engineers in Australia are born overseas, compared with 40 per cent in other professions.

“Australia faces enormous challenges as it transitions from a resources based economy to one that is diverse, innovative and technologically based,” said Engineers Australia jobs spokesman Chris Stolz.

“Alarmingly, our research shows less and less young people are studying the advanced science and maths subjects needed for these types of jobs — engineering is a case in point.

“Currently we have no choice — filling engineering jobs here is dependent on skilled migration. This ranks in stark contrast to other professions.”

Along with focusing on getting more children to study STEM subjects, the report recommends changing migration policies to put a greater emphasis on whether migrants have the skills for the in-demand jobs.

“The new economy is going to be built around science and technology and if we don’t do anything in Australia we are going to be left behind, because numbers are falling off the cliff,” added Stolz.