How Much Does It Cost to Live in Australia

Numbeo’s cost of living survey saw Australia ranked the 13th most expensive country to live in but makes up for it through its fantastic education system (Aussie schools are ranked in 1st place for schooling in the prosperity index), social capital, personal freedom and governance. 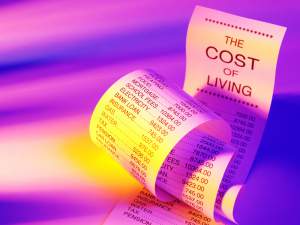 Australia’s last recession was in 1991. The country has gone 25 years without having two consecutive quarters of negative growth which is the definition of a recession. The Australian Bureau of Statistics announced that the country’s economy grew at a rate of 3% in Q4 of 2015.

Australia has a strongly developed and established modern economy with 60% of the country’s GDP being contributed by the service industry.

Housing in Australia for Expats

Rent is Australia is more expensive than South Africans might be used to and is attributed to the country’s shortage in rental properties. Sydney has the most expensive rentals in the country, but Melbourne, Canberra and Adelaide are not far behind.

The majority of expats in Australia won’t be permanent residents. Individuals must have lived in Australia for four years to apply for citizenship. Therefore, expats on visas are not eligible for Medicare, the national universal health insurance coverage in Australia.

All expats are required to prove to Australian authorities that they are covered by a minimum level of private health insurance. If not, no visa shall be granted.

Private healthcare costs in Australia can be expensive. With some providers comprehensive care can cost more than AU $500.

Cost of Education in Australia

Expats moving to Australia with children can relax in the knowledge that education standards are excellent and cheap. As previously mentioned, Australia was ranked best in the world in terms of their schooling. At the most, expat parents will need to fork out for school uniforms, stationary, and the occasional school trip.

Obviously public schools are not the only option, and some expats may wish to enrol their children in a private or international school. As with any country, tuition fees will need to be paid and these can often be expensive.

On the whole, unemployment has remained low in Australia. March 2016 saw the unemployment rate drop to 5.7%, the lowest it has been since September 2013.

What must be remembered is that Australia welcomes migrants who can be of value to the country. Those with valuable skills and qualifications are welcomed to the country. Nurses, doctors and engineers are desperately needed, particularly in areas outside of major cities.

Being a native English speaker is a real asset when job hunting in Australia. Furthermore, a report by AHRI (Australian Human Resource Institute) on skill shortage found that seven out of ten Aussie employers are suffering from a skills shortage in their workforce. 85% of employers believe skilled migrants are integral to the success of their businesses and organisations.

Although the cost of living in most cases is more expensive in Australia, salaries are also higher. Many expats often find that their salary is significantly increased in Australia. Therefore, they benefit from increased cash flow and more spending power.