Life is good in Australia

Latest research finds that Australia is by far the most popular expat destination in the world and South Africans agree. 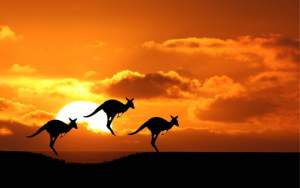 A common language, better pay and career opportunities, a stable government, much less crime, an infrastructure we only dream of and a climate similar to ours and a quality of living previously out of our reach has ensured that Australia remains the number one expat and immigrant country of choice for South Africans.

The Brits seem to agree with as many as one in four UK citizens now living abroad has found a new life in Australia, making it by far the most popular expat destination with more than 1.2 million Brits now calling Australia home.

And it’s not difficult to see why. Earlier this year Melbourne was ranked as the most liveable city in the world for the fifth year in a row, while Adelaide, Sydney and Perth also made the worldwide top eight. Sydney was also named the most affordable city for young people to live last year, thanks largely to its high minimum wage.

But before you start checking flight prices, the first step is to find a visa. Australia’s skilled occupations list shows which workers are most in demand. If your occupation is on the list you can make an expression of interest after which the Australian government (or a specific state or territory) may allow you to move permanently.

One of the most common ways to move to Australia is the temporary skilled visa (457 visa), which allows companies to sponsor employees from abroad for up to four years if their skills are in demand. A list of the jobs eligible for a 457 visa can be found on the consolidated skilled occupation lists.

“People who study for jobs like nursing or engineering will always be able to get in,” said George Lombard, an immigration lawyer based in Sydney, to The Guardian. “But others who study occupations that are not in demand here might struggle,” he cautioned.

If moving to Australia is a long-term goal, people should start planning for it before finishing their education, advises Lombard, who recommends studying mainstream qualifications that are internationally recognised. Those still in education could also choose to spend two years at an Australian university and become eligible for a temporary graduate visa that allows people to live and work in Australia for 18 months after graduating.