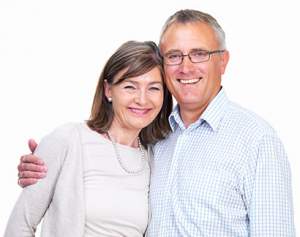 Hot off the press is the news that the Australian government has announced that they are in the planning stages of the introduction of a new temporary visa for parents visiting their children in Australia.

The new visa is proposed to be a 5 year temporary sponsored visa and is certainly very exciting for families of which adult children are living in Australia. This proposed visa will allow family members with Australian Citizenship or Australian Permanent Residency to effectively sponsor or vouch for their parents to join them Down Under.

At this stage of the visa development process community leaders across Australia are being consulted in an effort to help decide on what the new visa’s features will be.

The Australian government says in its press announcement has it recognizes the benefits of having three generations of families reunited for longer periods of time.

According to a statement released by the Australian Border Control and Immigration Department the visa is set to be launched in about 9 months’ time – provisionally in July 2017. As the criteria for this visa develops and is published we will keep you up to date, but for the time being the conditions set out below is likely to apply.

Who qualifies for this visa?

You may only apply for this visa if:

Your application won’t be considered if:

• You are the parent of anyone living and working in Australia on a temporary visa.

What are the proposed costs of the Temporary Parent Visa?

While the exact details of the visa application fees have not yet been finalized the Australian Department of Border Control and Immigration have indicated that they plan on making this visa more affordable than the current visa options for parents coming to Australia.

What is the expected visa Processing Times?

The current waiting period for Australian Parent Visas is rather long as the current visa program is not as efficient as they’d like it to be. The Department acknowledged this which could lead to a redesign of the process and thereby hopefully speed up processing times of the new proposed parent visa.

What about Health Care?

Visa holders of this new parent visa will be required to have valid private medical insurance to ensure they will not be a burden on Australia’s public health care system.

You will have to prove a source of Financial Support

Applicants will only be considered if they are able to furnish sufficient evidence of financial support from their children that they will be visiting or from their own resources. This requirement is in an effort to curb additional burdens on the Australian Healthcare system and means that the applicant will be able to support themselves financially for the duration of their stay in Australia.