If you have made the decision to immigrate your family to Australia one of your motivations might be to give your children access to one of the best educational systems in the world, but what do you know about Australian schools? 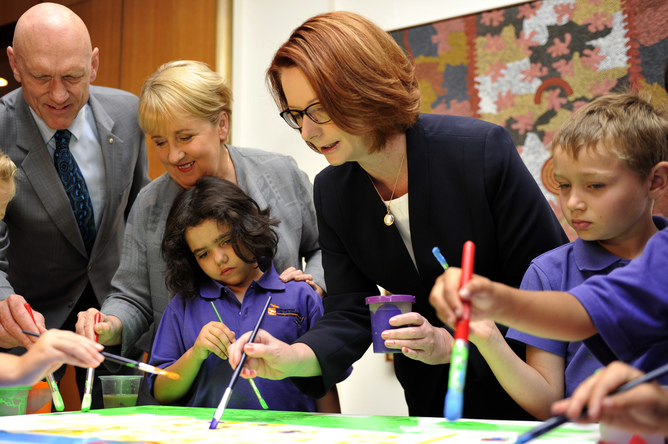 We took a look at a couple of trusted websites and spoke to a few Aussies and migrants who now live Down Under and we came up with a bit of a list.  Hope it helps!

A typical educational career in Australia would start with Early Childhood Education.  At around age 5 preschool kids move on to their Primary School education.  Primary school is followed by secondary education, or high school, which they typically finish around 17 years of age.

Most Australian children go on to study at a tertiary level.  Tertiary education would be universities, TAFE colleges, and vocational education and training providers.

In Australia it is not compulsory to attend a preschool but the vast majority of children do. The first exposure many Australian children have to learning with others outside of traditional parenting is day care or a parent-run playgroup.

Only in Western Australia pre-school education is taught as part of the primary school system and in some Victorian schools. In Queensland, preschool programmes are often called Kindergarten or Pre-Prep, and are usually privately run but attract state government funding if run for at least 600 hours a year and delivered by a registered teacher.

The average cost per day for preschool is around AUD 40.00 for a 12-hour service.

School education in Australia is compulsory between certain ages as specified by that state or territory’s legislation. Depending on the state or territory, and date of birth of the child, school is compulsory from the age of five or six to the age of around the ages of 15 - 17.  You can find out from your local school what the specific age requirement for that state is.

All Australian schools are required to adhere to the same curriculum framework of their state or territory. The curriculum framework however provides for some flexibility in the syllabus, so that subjects such as religious education can be taught. Most school students wear uniforms although there are varying expectations and some Australian schools do not require uniforms.

As is the case in South Africa tertiary education (or higher education) in Australia is primarily means studying at a university or a technical college to obtain a diploma or degree.

How Australia Compares to the Rest of the World

Australia’s educational system features 15th overall on a list compiled by British multinational publishing and education company, Pearson. The criteria of the ranking are the education in primary, secondary and high school, as well as the higher education institutions and international schools.  This places Australia amongst the crème de la crème on the world stage.

Australia managed to score better than the traditional winners (of everything else), the Nordic countries!  Switzerland came in 20th followed by Norway and Sweden placed 24th.

Australia was also named under the Top 5 university destinations by international students.

Source: education.gov.au , Wikipedia and The Guardian