If you are a would be Expat planning on living and working in Australia you must have wondered what your day to day life there would be like and how it might be different from the life you are used to in South Africa. 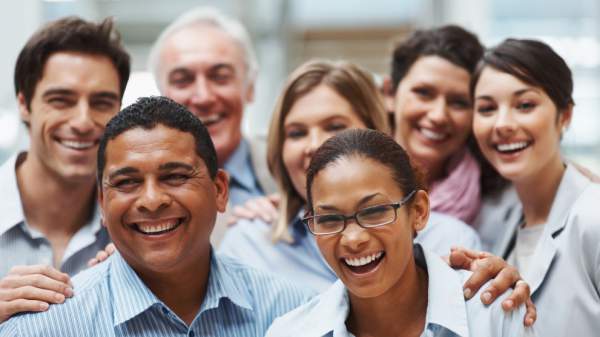 The UK-based news source, The Daily Telegraph, spoke to 1,000 Australians who were asked what they thought of British expats, and what traits they’d like to see in those moving Down Under. Some good advice came up and it is as applicable to South Africans making the move as it is to the Brits it was intended for.

Two thirds of Aussies, 66 per cent, insisted that being hard working is crucial for expats – a figure which rose to 80 per cent among those over the age of 55 according to the research by Crown Relocations.

“Australians wear their jobs like badges of honour, unlike in England where the general idea is that life gets better the less you work,” commented Annabel Tellis, British expat in who has been living in Victoria for the past 12 years working as an author and lighthouse tour guide.

“I have been really impressed by the Aussie attitude to work. It is hard to define what ‘hard work’ is, but by Aussie standards I’d say it is taking pride in your work, being part of a team without having to say it over and over again, and being punctual," she said.

"They wear their jobs like badges of honour, unlike in England where the general idea is that life gets better the less you work. Aussies can, by and large, turn their hands to anything and they never give up.”

So how ‘hard’ is working hard? According to last year’s InterNations Expat Insider survey, Australia is the tenth best country in the world for work/life balance and has the seventh shortest work week – so not that bad after all.

Next on the list for Australians when it comes to desirable traits for expats is tolerance. Two fifths said this was vital.

Tina Wild, a British writer and yoga teacher who has lived in Manly, Sydney, for 15 years, said in her comments to the Telegraph that “Australia is a new and diverse country made up of migrants. There’s a saying in Australia about giving everyone ‘a fair go,’ which reflects a culture of tolerance, and lack of hierarchy and class system.”

Respect for the environment

Another important factor if you are to be welcomed Down Under is having respect for the environment – 40 per cent of Australians said expats must display green credentials.

“People live closer to the earth here because of the space and because of kitchen garden methods passed down since settlement. But the supermarkets are packed with plastic here too,” said Ms Tellis.

“Nature and wildlife is precious and abundant and there is a concerted effort to protect that,” confirmed Ms Wild.

When it comes to rubbing along together, a third of Australians said that expats should be sociable.

“The Australians are very family orientated, ‘mateship’ is almost a religion and they find it hard to watch a football match without company,” observed Ms Tellis.

Ms Wild said in the survey that “Weekends are all about barbecues in the garden, at the beach and in parks. Australians are fabulous hosts and know how to entertain.”

“We tried hard to integrate into the local area. We were moderately successful but it was hard work and only on our part – it was a one-way street”

You may have to put in some extra effort into getting to know your neighbours in Oz… When it comes to making friends, Australia only placed 31st in the world in the InterNations survey.

“I am British, my wife is Singaporean and we worked exceedingly hard at being friendly, tolerant, helpful, giving, mixing, etc. We have made very many great acquaintances, go to barbecues, throw parties and go to parties, but we have few close friends and they have a British or New Zealand background,” said Mr. Walley of his experience in trying to make Aussie friends.

“We tried hard to integrate into the local area. We were moderately successful but it was hard work and only on our part – it was a one-way street.”

Three in ten Australians highlighted the need for expats to have a good sense of humour.

But be ready for a sense of humour you might not be used to. According to Ms Tellis, “Aussies like to rib people based on stereotypes,” while Mr Whalley described the sense of humour as “cruder” than the British.

Barbara Adam, an Australian currently living in Vietnam advised, “The key is not to take yourself too seriously.

“Australians are pretty laid back and accepting, but we are also like to joke around a bit. So, don't be too ready to take offence at good-natured ribbing. Also, pretend you don't care when Australia beats England (or South Africa for that matter) in any sporting event."

Australians listed a host of reasons why they believe their country is a special place to move to - the top five were the climate, outdoor way of life, the people, the standard of living and the beautiful landscape.

"When the sun shines people are happy – it is that simple. The beauty of the place, Sydney in particular, is breathtaking. A morning walk by the beach followed by zipping to work on a ferry across Sydney’s sparkling harbour makes you more cheerful than being herded onto the London tube or stuck in a traffic jam.

"The population, even in the cities, is much less than the UK; with more personal space and fewer people comes less impatience and stress,” said Ms Wild in the Telegraph survey.