A new study found that Australia’s skilled labour force is out growing the rest of the world.  The study showed that 37% more Australian employees held tertiary qualifications by the end of 2015 than in the preceding decade and this can be directly attributed to the country’s immigration requirements. 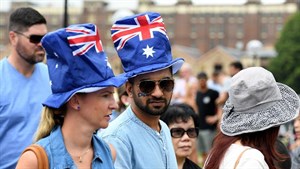 The Organisation for Economic Co-operation and Development (OECD) said that thanks to the skills and education migrants brought to Australia the country’s talent pool grew at an exceptional rate between 2005 and 2015.

Australia’s focus on skilled migration resulted in an influx of migrants with exceptionally high educational standards – much higher in fact than Australian retirees stepping down.  If Australia keeps this up a large percentage of their workforce could, within the next two or three decades, consist mostly of employees with some form of tertiary qualification.  Right now for every 4 people entering Australia’s job market, three will have at least one diploma or degree. The rise in Australia’s tertiary educated workforce was more than three times the 11 per cent rise in the workforce overall.

The OECD pointed out that on average migrants in Australia have a higher average educational standard than Australian-born entrants to the labour market.  A whopping 62 per cent of recent migrants have a tertiary education, compared with 55 per cent of the Aussie natives entering the job market alongside them.

While some might argue that migrants’ impact is limited to a few months or years the OECD actually found that the effect of educated migrants on Australian society is a general rise in education levels.

The educational profile of migrants is polarised, with refugees and family reunion migrants having lower education than the resident population while migrants seeking career opportunities have higher qualifications.

Ever wondered what your qualifications are worth?

Australia takes a number of factors into account when considering every visa / residence application.  First of all make sure your occupation is listed on at least one of the country’s Eligible Skilled Occupations Lists and that you are in good health and likely to get a clear police record. Applicants are then scored on their age, English language competency, experience in your area of occupation and your education.  You need a minimum score of 60 points to be considered for an Australian visa.

A Doctorate degree from an Australian educational

institution or a Doctorate from another educational

A Bachelor degree from an Australian educational

institution or a Bachelor qualification, from another

An award or qualification recognised by the relevant assessing