The second wave of the South African brain drain to Australia seems to be picking up. New statistics show that the country is losing thousands of professionals in healthcare, education, technology, engineering, to name only a few professions, to Australia. 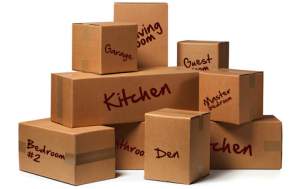 Official statistical information dating back to Australia’s 2011 census noted that approximately 145,683 South Africans were living in the country – 8th behind the UK, New Zealand, China, India, Italy, Vietnam, and the Philippines. While this year’s figures noted that as many as 178,700 Saffas were now calling Australia home. This is an increase of more 33,000 migrants to Australia from South Africa in 5 years. South Africans represent 0.8% of the total Australian population.

The 2011 census data showed that 63% of South Africans in Australia were employed in either a skilled managerial, professional or trade occupation. The corresponding rate in the total Australian population was 48.4%.

The City Press reported that, based on information supplied by South African based immigration officials showed a jump in the number of South Africans relocating to Australia in January 2015 and same phenomenon occurred in July and December of the same year. This coincided with the controversial firing of finance minister Nhlanhla Nene by the South Africa government which was followed by the volatility of the local currency.

Visa applicants cited their main reasons for applying for immigration as concerns over the physical welfare and security in South Africa while government corruption and a lack of future job prospects were also influencing their decision to jump ship. The 2015 load shedding crisis is also seen to have contributed to the exodus.

Top 10 occupations for South African men and women living in Australia – based on information supplied by Immigration professionals:

A more recent report by the Australian government showed that the top 10 skills of South Africans immigrating to Australia through the country’s permanent Migration Programme in 2014–15 were as follows: