Western Australia’s government is looking for underutilized skilled migrants from Africa, Asia and the Middle East to help drive the state’s economy as new census information points to the fact that Australians are deserting the province. 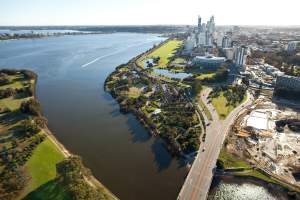 According to this new data as many as 1000 people a week moved to the state during its resources boom, but population growth has slowed dramatically since 2012 and the number of ­people leaving the state to live elsewhere in Australia is now higher than the number moving to Western Australia.

During the first three months of 2012, interstate migration peaked, with a net inflow of 3395 people. While in the last quarter of 2015 the situation was reversed to a net outflow of 935 people.

“Clients are asking us to speak to people in Perth engineering and construction who are looking at potentially moving to Melbourne,” Mr Moon said.

Dr Nahan’s speech, at the University of Western Australia’s Migration and Employment in the Spotlight conference, stressed that people from overseas bring skills as well as different points of view, reported The Australian.

Many migrants are underemployed, despite having a lot to offer added Dr Nahan. He pointed out that new arrivals from overseas, rather than interstate, have been the key driver of Western Australia’s population growth over the past decade, increasing by an average of about 34,000 people a year. Migration from overseas slowed to 14.249 in the 12 months to last September, but there are still more people coming to the state from overseas than those who are leaving.

Dr Nahan said it was not just migrants who arrived through the skilled worker scheme who had useful qualifications and experience — refugees and people who came under family reunification rules often had excellent skills.

A new state government scheme costing $100,000 a year aims to increase the workforce participation of underemployed and unemployed migrants in their area of expertise.

Dr Nahan in his speech said that he has high hopes for the project, which in its first six months has helped 70 migrants into work.

“Migrants face many challenges, including the lack of Australian work experience. Often recruitment agencies do not consider overseas experience as there are other migrants with Australian experience,” Dr Nahan said.

“Despite these challenges, it is my strong view that diversity is a real asset in the workforce and I would urge more WA businesses to consider the advantages of ­hiring new migrants.”