What Australian 457 visa-holders can expect to be paid

In Australia there are almost 95,000 temporary skilled migrants working and living in the country under the 457 visa program. 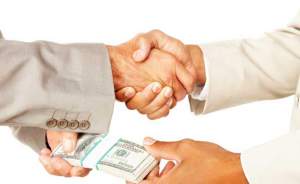 According to the recent findings of the Australian Department of Immigration and Border Protection skilled migrants appear to be well paid on average.

The report details average pay by sector and by location. The total average remuneration (which includes superannuation) for workers under the program is $94,200.

While the figures aren’t calculated in the same way, that roughly lines up with the median hospitality wage provided by livesalary.com.au - $55,000 as a base salary and $60,225 in total remuneration.

The highest paid in the 457 program are those in the mining and finance/insurance industries.

Doctor Joanna Howe, an expert in 457 visas at the University of Adelaide, told SBS that the high wages weren't surprising.
“The data that you’ve found probably does reflect that the 457 visa program is a skilled migration program," she said.
“You’re not going to see the same exploitation that you see in the international student and working holiday visa programs.”

Laws mandate that employers pay 457 visa holders comparable wages to those who are employed locally, and there's a minimum salary of $53,000 if a business wants to use the visa.

Based on the information released by the Department of Immigration and Border Protection ICT, professional, scientific and technical skills are in high demand and it seems most migrants prefer settling in New South Wales is the most popular destination and more specifically Sydney.

New South Wales was, by far, the most popular destination for 457 visa holders, reflecting both the size of the state and the strength of its economy said the report