What the Proposed Changes to Language Requirements Mean

In April this year the Australian Federal Government announced that it was considering a number of changes to the country’s current immigration requirements. 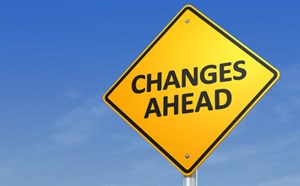 What are the proposed changes?

Extended stay before citizenship is granted

The minister’s proposed changes would include extending the waiting time migrants would have to spend in the country before they would be eligible to apply for Australian citizenship. The proposal is that migrants who hold permanent residents’ status must do so for a minimum of four years before they will be permitted to apply for Australian citizenship. This waiting period is 1 year at the moment.

The IELTS General Training test is for those who are going to English speaking countries for secondary education, work experience or training programs. It is also a requirement for migration to Australia, Canada, New Zealand and the UK. The test focuses on basic survival skills in broad social and workplace contexts.

The IELTS Academic test is for people applying for higher education or professional registration in an English speaking environment. It reflects some of the features of academic language and assesses whether you are ready to begin studying or training.

The Australian citizenship test is taken by migrant permanent residents seeking Australian citizenship. The test is designed to test the applicant’s knowledge of the Australian society, its morals and values as well as its culture and history. The new test is said to include more meaningful questions that assess an applicant's understanding of - and commitment to - our shared values and responsibilities.

Citizenship applicants will have to lay evidence that they are integrated into Australian life and valuable members contributing to a prosperous society. Examples would include evidence of employment, membership of community organisations and school enrolment for all eligible children.

Three strikes and you’re out

In April Minister Dutton said, “In our democracy, the most important title is "Australian citizen". Citizenship brings with it great privileges and responsibilities and so deserves respect and commitment from those who seek it, as well as those who are granted it.

Those who choose to become Australian citizens are making a solemn commitment to our democracy, to our way of life. And that commitment, made by 5 million since 1949, has helped secure and enrich our nation”.