Why choose immigrating to Australia? We give you four good reasons.

Australia is not known as ‘the Lucky Country’ for nothing a combination of good governance, top quality infrastructure and a good dose of enthusiasm has ensured this, relatively young, country’s international success. 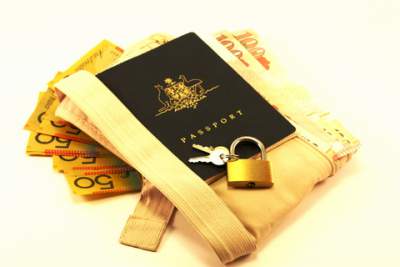 As part of the Commonwealth and is quickly becoming a strong candidate for one of the world’s super powers.

Cities like Sydney, Brisbane, Melbourne and Perth are known for their Western feel and look with strong European influences which can be traced back to their close relationship with the United Kingdom.

Australia proudly boasts some of the best and most lucrative mining endeavours and is considered one of the fastest growing industrialized nations in the world. Australian wines and other export produce is gaining considerable track in international markets and Australia has been voted as a ‘dream holiday destination’ by more than one country’s citizens – including the British, a sentiment shared by many South Africans too.

Known for its young and multicultural society Australia offers a tolerant open-minded society demanding the best available services – and they get it too.

The Happy and Lucky Country
For three years running Australia scored highest on the World Health Organization survey in terms of the world’s most liveable countries. Besides this a recent EOCD survey confirmed the WHO’s findings. People in Australia are healthier, have better access to excellent infrastructure, enjoy community involvement and children and students are educated at some of the top institutions in the world. Eight Australian universities made it onto the list of the top 100 universities in the world, with 6 of them raking under the top 50! To add to the happiness reliable surveys conducted last year found that fewer cases of anxiety and stress disorders are reported, per capita, than anywhere else in the world.

Economy and Job Market
Australia’s economy has been the success story and has seen consistent year on year growth. While most Australians are self-described middle class they live comfortable lives in one of the world countries boasting some of the lowest unemployment rates.

Australia actively pursue international talent to help grow their booming economy and job opportunities are plentiful – regardless of your field of speciality. If your paperwork is in order and you have a qualification, experience and are willing to work you will be employed in no time.

The country is also known for having the highest minimum wages in the world, even those in casual jobs are paid much more than in Europe.

Multicultural Society
Research shows that about 3 in every 10 Australians were not born on Australian soil but are migrants. This means that Australians embrace, and is used to, members of their society that are from all four corners of the globe.

Family and Society Values
The Australian Federal Government valued family and society and makes sure that families are safe, have access to some of the best medical treatment in the world. Children’s rights are actively protected. Women enjoy equal rights in a country that boasts unmatchable natural beauty and community facilities that is rarely seen elsewhere in the world.