Why You should set your sights towards Down Under

Migrating to Australia is becoming a more appealing option for an increasing number of people. Many people from Southeast Asia, the United Kingdom, and South Africa have considered relocating to Australia for a variety of reasons, with many of them hearing from friends who already live there that the country offers numerous opportunities. 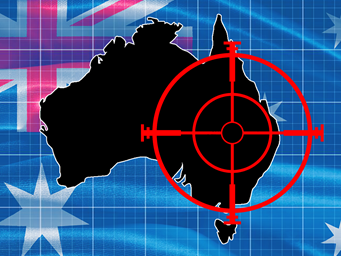 As a developed country with a good reputation for welcoming migrants, a strong economy, many well-paying jobs, a modern lifestyle, and a high standard of living, it is frequently featured as one of the best places to live in the world.

Listed below are our top five reasons for why a prospective migrant should choose to migrate to Australia.

In Australia, the Medicare system provides access to a wide range of health care services, including free medical care in public hospitals and lower prescription drug costs. After enrolling in Medicare, certain categories of visitors, all Australian citizens, and all eligible Australian residents can access these services.

Primary, secondary, and tertiary education in Australia is either free or heavily subsidized. The Australian public education system has a good reputation for its high quality students and learning methodologies – it should be noted, however, that academic results are not the only factor that the Australian education system teaches, with equal emphasis on how students interact, learn, and participate in sports, among other things. In comparison to their counterparts in other parts of Asia, it is a more holistically based system.

While English is the primary language of instruction in the Australian education system, many schools provide programs in other languages as well as bilingual programs.

Because of its temperate weather on most of its East coast, Australia is also an appealing migration destination. The Australian east coast region has all four seasons, something Cape Townians are sure to relate with. This is often coupled with the full experience of living through the blue skies of summer and spring, as well as the coolness and crispness of winter and autumn.

Australia normally experiences Winter from July to August, whilst the Australian summer most often occurs from December to January with some casual temperatures reaching highs of over forty degrees Celsius!

Every year, The Economist conducts a survey to determine the world's most liveable cities. According to these surveys, a number of Australian cities are consistently ranked among the best places to live in the world. Among them, Melbourne has won multiple years in a row, including the 2017 title for the seventh time in a row.

The Economist assigns a total score of 100 to each city based on its stability, healthcare, culture and environment, education, and infrastructure. Melbourne received a rating of 97.5 out of 100.

The Australian economy is strong, and as a result, the Australian dollar is regarded as one of the world's strongest and safest currencies.

While the minimum salary in Australia can be as high as 2832 AUD (just over R31,000) per month, fierce competitors such as the United Kingdom, New Zealand, France, Germany and the United States fail to compete with noticeably worse minimum salary averages.

This enables anyone with a job to afford rent and food, regardless of whether they work in a restaurant, a retail outlet, or as a professional.

As one of the most popular migration destinations in the world, many individuals and families choose to relocate to Australia to experience the Australian way of life, which is more relaxed, carefree, and comfortable.