South Africans can access 97 of 199 countries visa-free. The UK and Europe, however, are not included in this list of countries and South Africans, both for work and play, favour these destinations. 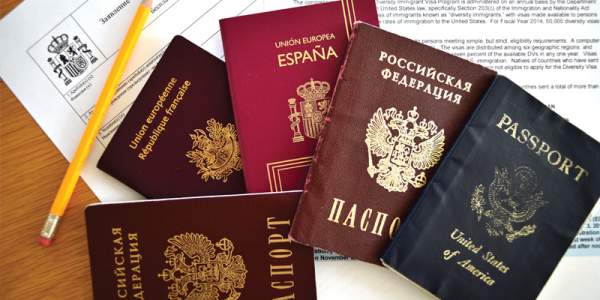 It’s perhaps no surprise then that the Caribbean Island of St. Kitts & Nevis, as well as Antigua & Barbuda are popular citizenship choices for the well-travelled due to their favourable passports, which allow visa-free business or leisure travel for up to 90 days to Europe and the UK.

Malta, Antigua, Cyprus
Malta, a group of islands in the Mediterranean, is especially popular at the moment among South Africans at the top end of the wealth spectrum, according to Taylor.

The added benefit is that ss soon as you become Maltese you become European and have the right to live, work and study in any one of the EU member countries.

In Antigua, you can either donate $200 000 to government, excluding due diligence and professional fees in the region of $100 000, or invest in real estate, where you would be looking at around R5 million to R6 million, which could be liquidated after five years of holding citizenship.

In Cyprus, meanwhile, which is also a member state of the EU, a real estate investment of at least €2.5 million is one of the requirements to obtain citizenship.

Each jurisdiction has its own legislation, which may result in additional costs depending on an investor’s specific situation, as well as longer or shorter time periods to secure citizenship. For instance, in Malta it takes roughly 12 months to process citizenship, while in Cyprus and Antigua this is four months.

Residence vs citizenship
In Portugal, a €500 000 investment in urban real estate can get you a Golden Residence Visa but before citizenship is granted the government wants to see you build ties to the country by, for example, learning Portuguese.

Families are looking for the global freedom, mobility and access that a second passport can offer,” she says, noting that Malta is the most popular choice.

It is in your best interest to speak to a reputable and experienced immigration consultancy about your options and the regulations involved. Acquiring foreign citizenship can be a complicated process and it is worthwhile undertaking the process with the help of someone who has experience in the process while also having access to the latest legislation.