Atlantic Canada could be your Immigration Answer

Have you considered immigrating to Canada?

How about settling in New Brunswick, New Foundland and Labrador, and Nova Scotia or Prince Edward Island? 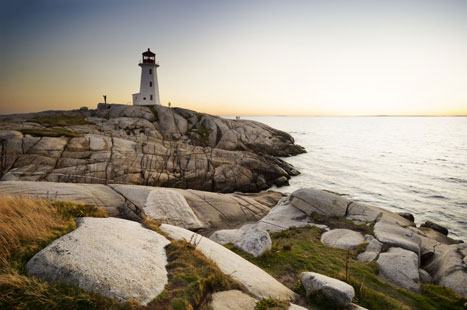 It is often the case that migrants to Canada only think of Montreal, Quebec, Vancouver or Edmonton but did you know that New Brunswick is the eighth-most-populous Canadian province/territory, with a population of 747,101?

Seventy-Three Thousand people are employed in the production industry and around. Mining, manufacturing, fishing, pulp and paper, and hydro-electricity employ the most people in New Foundland and Labrador. Nearly a million people call Nova Scotia home and most of those live in the capital city of Halifax.

Agriculture, fishing, mining, forestry and natural gas extraction are major resource industries found in the province. Prince Edward Island is not only the birthplace of fictional literary character Anne of Green Gables it also offers career and work opportunities in a variety of industries including agriculture, fisheries, aerospace, bioscience, information technology and renewable energy.

These provinces offer fantastic opportunities and with a relatively small population, the Canadian government is doing everything in its power to attract offshore talent who will fill gaps in the labour market and in turn stimulate growth in these areas.

A new program, aptly named the Atlantic Immigration Pilot, was launched earlier this year. Under the programme, those interested in Canadian citizenship or permanent residency must be experienced and qualified in a number of occupations deemed as being necessary to ensure the future growth of the area’s economy. Candidates with experience in a number of necessary occupations are in short supply in Canada and local governments are looking at attracting overseas talent. Besides meeting certain occupational, education and experience requirements applicants must also be in possession of a job offer from an employer in this area. Applicants are also expected to meet requirements for work experience and English proficiency.

The provinces of Nova Scotia, New Brunswick, Newfoundland, and Labrador are aggressively pursuing a combined goal of attracting up to 2,000 primary immigrant applicants and their families by the end of this year.

By 2020, the annual influx of immigrants is targeted to rise to 4,000 in the Atlantic Canada region.

Together, these provinces have launched a program called Atlantic Immigration Pilot, under which applicants need a job offer and must meet the requirements for work experience and English proficiency.