The construction boom in British Columbia has hit a new record high and there are not nearly enough construction experts to fill the gaps this has created in the job market. As a result BC is actively recruiting foreigners to fill these gaps. 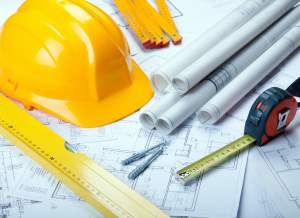 To address the problem the Foreign Skilled Workers BC program (FSWBC) was created in early 2012 as a response to the growing need for skilled and experienced tradespeople for construction projects around British Columbia. Large numbers of experienced tradespeople and managers exiting the workforce due to retirement – combined with a large number of current and upcoming projects and ongoing investment into infrastructure – have led to major shortages of experienced, specialized workers in a number of trades and locations.

According to data recently made available more than $300 000 000 worth of construction projects are being planned while $75 billion of those are currently underway in the province.

"It is an unprecedented time in British Columbia in terms of large projects," Chris Atchison, the president of the B.C. Construction Association told the Canadian Broadcasting Corporation in an interview late last week adding that the territory was also experiencing a housing boom.

"It's just a staggering number … [and] it's compounding that shortage of skilled workforce,” Atchison added.
“More and more people are choosing this entire province — not just specific regions, but this entire province — as both a place to move to and invest in," he said. "That's going to continue to drive up the need for infrastructure spending and the need for investment."

According to the CBC the B.C. Construction Association estimates there will be 15,000 unfilled construction jobs because of the growing labour shortage in the coming years.