Canada: Guide to Sponsoring Your Spouse

When you agree to sponsor someone to join you in Canada, you will be expected to sign a legally binding undertaking, promising to give financial support for the basic needs of the people you’re sponsoring, and any of their dependent children. This makes it possible for your loved ones to gain residency in Canada and join you there. 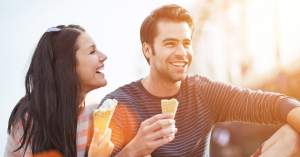 The length of time you are legally responsible for the person you sponsor varies based on the type of family member you are sponsoring, and is either 3 or 10 years but this varies between territories.

The undertaking will stipulate that you, as the sponsor, agree to supply in the sponsored person’s basic needs. Basic needs are food, clothing, shelter and other needs for everyday living. It also includes medical expenses such as dental care, eye care and other health needs not covered by public health services.

Should you sponsor someone who needs government assistance while living in Canada you will be expected to repay the Canadian Government or the person will be sent home to receive the medical / social financial assistance they need. You won’t be able to sponsor anyone else until you have repaid the amount.

Once you signed the undertaking to sponsor someone you will be held to that obligation for the full duration thereof. This could mean that you remain responsible for the person even after they’ve become a Canadian citizen or should you become divorced, separated or your relationship with the sponsored person breaks down.

Your eligibility won’t end should you or the person you sponsor move to another province or country or if you have financial problems.

When will I qualify to be a sponsor?

You can become a sponsor if you are:

• at least 18 years old
• a Canadian citizen, a person registered in Canada as an Indian under the Canadian Indian Act or a permanent resident living in Canada:
• if you are a Canadian citizen living outside Canada, you must show that you plan to live in Canada when your sponsored relative becomes a permanent resident
• you can’t sponsor someone if you are a permanent resident living outside Canada
• able to prove that you are not receiving social assistance for reasons other than a disability
• have enough income to provide for basic needs of any grandchildren (dependent children of a dependent child) of the principal applicant
When won’t you qualify to become a sponsor?
• If you have failed to pay an immigration loan, a performance bond or family support payments
• If you have failed to provide for the basic needs of a previously-sponsored relative who received social assistance
• You also won’t be eligible if are convicted of a crime in Canada, if you receive social assistance for a reason other than a disability or if you have started a bankruptcy process.
• You won’t be deemed a fit sponsor if you were sponsored by a spouse or partner and you became a permanent resident less than five years ago or you sponsored a previous spouse or partner and three years have not passed since this person became a permanent resident.
• You won’t be successful if you have already applied to sponsor your current spouse, partner or child and a decision on your application hasn’t been made yet.