Canada is moving away from the first come first serve principle when selecting successful applicants in their Parent and Grandparent Immigration plan. Instead, they will be making use of a lottery type system involving regular draws where by applicants will be invited to continue with the application to migrate to Canada. 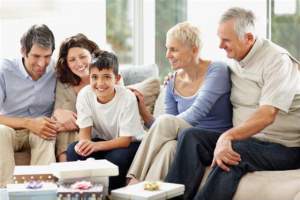 The next application cycle for the popular Parent and Grandparent Program (PGP) for immigration to Canada will operate under a new processing system, whereby potential applicants have a window of opportunity to register their interest, but may only submit an application if invited to do so by Immigration, Refugees and Citizenship Canada (IRCC). This was the latest announcement by Citizenship and Immigration Canada.

The press release continued to explain that individuals who wish to sponsor their parent(s) or grandparent(s) will first be required to complete an online form indicating their interest in the program. This form will be available for a 30-day period beginning on January 3, 2017 and ending on February 2, 2017.

After this 30-day period, Immigration, Refugees and Citizenship Canada (IRCC) will randomly invite 10,000 individuals to submit an application.

All individuals who submitted an online form will be notified whether they have been invited or not. Those who are not invited may indicate their interest in applying in 2018. Candidates who are invited to apply will have 90 days to submit a complete application, including all supporting documents. The range of supporting documentation may be extensive, including income taxation records, documents relating to civil status, and more. The 2017 application kit and guide will be available online as of January 9, 2017.

Demand for spaces in the PGP has outpaced the supply of spaces within the quota since the program was re-introduced for 2014, and the quota is typically filled within days said the CIC press release.

During the most recent intake period, which took place in January, 2016, more than 14,000 applications were submitted within three days, of which the first 10,000 complete applications were retained for processing. People seeking to bring parents or grandparents to Canada were reportedly paying large sums to couriers to ensure their applications were at the top of the pile for the first-come, first served program that was flooded with far more applications than available spots. Stakeholders were quoted as describing the process as a lottery, and the updated process for 2017 essentially turns what was an informal lottery with a very short intake period into a formal lottery with a 30-day window to submit a profile.

For the upcoming 2017 application cycle, based on previous demand levels it is expected that the number of potential applicants who submit an online form before February 2, 2017 will exceed the number of invitations available.

“We’re listening to what past applicants had to say and making the process fairer for people who want to sponsor their parents or grandparents. We’re ensuring everyone can access the application process by giving them the same chance to have their name chosen,” said Immigration Minister, John McCallum to the CIC.

Sponsors under the program must meet the following requirements:

• Be a Canadian citizen or permanent resident;
• Be 18 years of age or older;
• Meet the minimum necessary income level for this program by submitting notices of assessment issued by the Canadian Revenue Agency (CRA) in support of their sponsorship (sponsors in Quebec must satisfy particular income requirements, different from sponsors in the rest of Canada).
• Sponsors must also demonstrate they have met the minimum necessary income level for three consecutive years. If married or in a common-law relationship, the income of both persons can be included; and
• The sponsor and the sponsored relative must sign a sponsorship agreement that commits the sponsor to provide financial support for the sponsored person for up to 20 years. This agreement also states that the person becoming a permanent resident will make every effort to support themselves. Again, sponsors in Quebec have different requirements.