The most recent Canadian Express Entry draw saw 3500 prospective migrants from all over the world being invited to apply for their Canadian Permanent Residency.  If successful this will mean that they will be able to live and work in Canada. 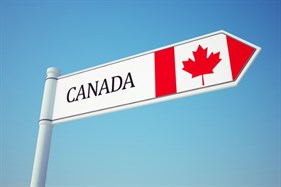 The Express Entry draw, which took place on 19 September, invited applicants with a minimum Comprehensive Ranking System score of at least 441 to apply for their Canadian Residency.  This means that all candidates with a Comprehensive Ranking System (CRS) score of above 441, as well as those candidates with scores of 441 who submitted their profile before the draw’s cut-off date, received an Invitation to Apply (ITA) in this invitation round.

The number of candidates invited to apply in the previous draw, on 5 September, was somewhat higher at 3900 ITA’s being issued but this year’s draws remain consistently higher than those of 2017 and very much on track to meet the target of 310 000 new Permanent Resident by the end of this year.  Under the Trudeau- government the number of ITA’s issued were raised from last year’s 290 000.  The draw on this date in 2017 saw only 3000 ITA’s being issued.

Ahmed Hussen, who with his family at 16 escaped the civil war in Somalia studied and practiced law in Canada before becoming the country's Minister of Immigration, Refugees and Citizenship, addressed an audience at the University of New South Wales earlier this month.

Speaking about Canada’s progressive approach to immigration he said, "Talent and investment have never been more mobile.  And they will go where they are most welcome."

Hussen framed increased immigration as an important fix to the challenges posed by Canada's ageing population.

"The case for diversity is clear. It's a strength, not a threat," Mr Hussen said he added that Canada and other developed countries should be "ambitious" on immigration, something which this year’s ITA target supports.

The Express Entry system ranks candidates according to their CRS score and the highest-ranked candidates are issued an ITA through regular invitation rounds.