This fact is supported by a recent study by a ministerial task force investigating South Africa’s educational system. 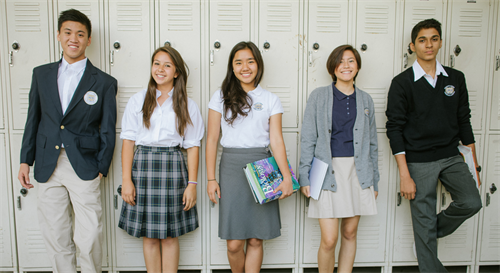 While South Africa is struggling to deliver top-notch graduates, Canada offers some of the best educational prospects in the world and parents of schooling going South Africans are paying attention.

The ministerial task team found that, among other critical statistics that South Africa’s mathematics exams are focusing on lower order questions while not paying attention to international standards requiring greater cognitive demand. The problem lies in the classroom, the study found, and predominantly with the teacher. All schools must offer maths and be properly resourced to do so. Maths teachers must be comprehensively tested, and placed to teach the grade or area of maths in which they are competent.

The study suggested that Mathematical Literacy standards should be improved. The subject should be precluded, by policy, from being a subject choice for learners taking subjects such as physical sciences, accounting or economics.

To add insult to injury, the same study revealed that language ability is poor. Learners are largely semi-lingual.

“Learners who exit at Grade 12 with the Technical NSC are seen as neither ‘work ready’ nor eligible to enter higher education institutions. South Africa needs to strengthen vocational and vocationally-orientated education and expose our learners to vocational possibilities. The challenge is to build respect for vocational education,” claimed the research results.

The study continued to say that, “The quality of school-based assessment (in South Africa) must be improved.

While it was also highlighted that examiners in certain subjects do not have adequate capacity, resulting in very poor quality items and external moderators sometimes have to assist with the refinement of items just to get the paper ready in time.

International benchmarking has found that “the NSC was not yet at the level of the international equivalent qualifications being compared”, largely due to the high quota of low order questions in papers. The same finding has been made for a number of years.

“Pass requirements are not stringent enough to support further and higher education and training, and must be increased to include a pass mark of at least 50% in four subjects in order to study at a university,” are the findings of the report.
While on the other hand education in Canada is a serious and valued part of the Canadian society.

In Canada education is compulsory up to the age of 16 in every province in Canada, except for Manitoba, Ontario and New Brunswick, where the compulsory age is 18, or as soon as a high school diploma has been achieved.

Canada spends about 5.4% of its GDP on education. The country invests heavily in tertiary education (more than 20 000 USD per student).

Some scholars view academics as a form of "soft power" helping to educate and to create positive attitudes. The system is set up to meet the diverse needs of the individual student.

The figures speak for themselves. Education in Canada is on a higher level and delivers more successful graduates than that of the South African educational system.