If you are a software specialist and considering making a move to Canada, you will be in good company. Right now, through special visa processing times, and a migrant-friendly approach with tons of jobs available, the country is attracting some of the world’s most talented techies and you could be joining them. 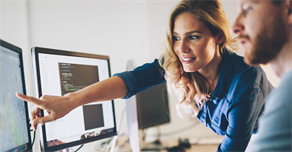 Toronto’s population of software developers, engineers and programmers grew by more than half between 2012 and 2017, according to CBRE, the commercial real estate firm. The 82,100 technology jobs it added over that period made it the fastest growing tech center in Northern America and Canada is still looking to increase on the population.

The Canadian government is doing everything in its power to ensure Canada is the most attractive option to the world’s brightest young and qualified techies.  The country already grants foreign students work permits for up to three years after graduation, and in June 2017 the country’s immigration and employment authorities launched what they called their Global Skills Strategy, with the goal of making it easier for employers to bring in highly skilled foreign workers.

Among the Canadian government’s promises are that work permits for much sought after and locally unavailable tech talent (and their families) would be processed within two weeks – subject to the regular conditions for visa applicants.  Within little more than a year, more than 12,000 people had applied, of whom 95 per cent had been accepted, reported the Financial Times.

Toronto’s entrepreneurs say a tech-friendly immigration system is essential as there are some skills that cannot be found locally. “It is hard to find enough people with experience of large-scale consumer tech companies anywhere,” Ray Reddy, chief executive of Ritual, a food-ordering app for office workers picking up lunch from local restaurants, told the Financial Times. “We have to import them.”

The annual cost in Toronto of wages for 500 people and renting a 75,000 sq m facility. In San Francisco, the same operation would cost $59m.

The total amount of venture capital investment in Toronto companies last year, up from $296m in 2013, according to PwC/CB Insights MoneyTree.

According to the salary guideline site, Neuvoo, the expected annual salary of a Full Stack Developer in Toronto.  The median salary is CAD $110 000, that’s well over a million Rand!

The number of technology jobs in Canada advertised today on Indeed!