The Canadian government says it’s keen to hear what migrants and citizens think needs to be done about Canada’s immigration future and are having roundtable meetings with Joe Public to find out how the system could better serve the country and those entering it. 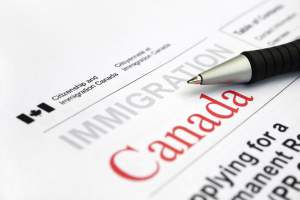 Since the beginning of the summer, Immigration Minister John McCallum and his parliamentary secretary, Arif Virani, have held more than two dozen roundtable meetings across Canada with settlement services organizations, businesses and community groups to get their thoughts.

Although the meetings are by invitation only (with more scheduled for the rest of August) the public can submit ideas by email to the minister. Since early July, more than 2,500 online submissions have been received.

“Immigration, Refugees and Citizenship Canada will be reviewing the feedback from Canadians to help guide decisions on how many people we will welcome in the coming years and the future of immigration in Canada,” said a department spokesperson.
The Star interviewed a number of immigration experts to weigh in on the national dialogue by identifying gaps in the system and offering solutions.

Meaningful citizenship that will allow migrants to play a role in Canada’s politics too.

Andrew Griffith, a former director general at the immigration department, said Canada largely has its immigration policies and programs right, but an independent review by a royal commission would be helpful.

“Most immigrants choose to become citizens as part of their integration into Canadian society. If we believe in immigration integration, we should support political integration, in addition to economic, social and cultural,” said Griffith.

“The main instrument for doing so is citizenship, given that allows for full participation in the political process.”

Debbie Douglas, of the Ontario Council of Agencies Serving Immigrants, said Canada’s immigration program should be guided by the principle of nation-building. And the best way to support newcomers is to support family reunification through faster processing.

She said all newcomers should be able to access settlement programs regardless of length of time in Canada or immigration status, and invest in social and employment programs such as healthcare, affordable housing and childcare — all could benefit immigrants.

“The Temporary Foreign Workers Program should be converted into a permanent settlement program. If Canada requires workers, then it should provide these workers with the same rights and prospects of remaining in Canada and acquiring citizenship that all Canadians possess,” said director of Ryerson University’s immigration studies, Harald Bauder.

“This is not only a moral responsibility. If some workers have fewer rights than others, then it will undermine wages and labour standards for all,” added Bauder.

“The Canadian immigration system must prioritize developing a workforce that will meet the economic and demographic challenges of 21st century Canada. In order to do this, 75 per cent of all immigrants to Canada must be economic immigrants. Of this, the vast majority should be individuals chosen by employers, not government,” commented the Canadian Broadcasting Corporation.

Jeffrey Reitz, a sociologist with the University of Toronto’s Munk School of Global Affairs, said he believes there should be more programs for businesses to permanently hire foreign workers if they can’t find Canadians to fill the job.

The Conference Board of Canada said to The Star that immigration is the backbone of the country’s population growth and Canada could admit up to 1 per cent of its population in immigrants each year thereby stimulation economic growth and prosperity.

“Canada’s success in immigration largely stems from our open minds and hearts towards immigrants, who end up reciprocating by making immense contributions to the country,” they said adding that Canada could export this approach to the rest of the world.