The Canadian federal government has launched its new immigration policy which will see foreigners, who has what Canada needs, getting their visas in new record times. If you are skilled and experienced in any of the scarce skills Canada needs you could qualify. This new fast-tracked visa is aimed at low-risk, highly skilled workers needed to fill vacant jobs in Canada. 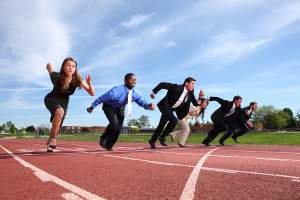 While this is good news for South Africans with the right credentials it seems that Canada’s technology industry could be pushing even better visa requirements. The Canadian tech industry has stated that although speeding up the visa process is good news more needs to be done to attract foreign talent and is expecting much more from the government's promised innovation agenda.

Some technology firms in Ottawa are desperately seeking software designers, computer programmers and engineers, and are eager to recruit skilled immigrants reported the Canadian Broadcasting Corporation earlier this week.

CEOs of Canadian startups have long complained about waiting up to a year to bring in highly specialized workers from abroad.

It's hoped the new program will help Canadian firms better attract workers experienced in scaling up companies, according to Benjamin Bergen, executive director of the Council of Canadian Innovators.

"We know there's a massive labour shortage for highly skilled talent workers in high growth firms and being able to bring in those one or two people will really help them scale growth, but it will also allow them to hire more people domestically as well," said Bergen in an interview by the CBC.

It experts could also anticipate even more assistance from Canada Immigration and Citizenship if industry leaders continue to put pressure on the government to attract the necessary talent. John Reid, CEO of the Canadian Advanced Technology Alliance commented on the new skills policy saying it would certainly help the industry but added that the Canadian government should still do more if Canada is to become a competitive ‘innovation nation’.