Millennials have rated three Canadian cities under the top-10 in the world to live and work in. This comes on the back of Canada being voted the seventh happiest place in the world – according to the survey results of migrants from all over the world. 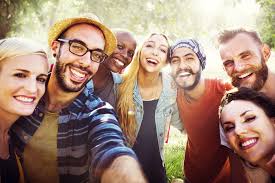 A brand new survey shows that three Canadian cities; Montreal, Vancouver, and Toronto offer some of the best environments in the world in which to live, work and socialize. In fact, no other country listed more than one of their cities in the Top-10.

Traveling Millennials voted Montreal in 2nd place, Toronto as the 6th-best city in the world followed by popular and vibey Vancouver in the 7th spot.

More and more millennials are becoming world citizens and being savvy travelers means they really do know what they are talking about.

The survey was conducted by Nestpick ranked 110 cities taking into account:

• Job availability
• Affordability
• Culturally diverse/tolerant of other cultures
• Infrastructure
• Gender Equality
• And the quality of food and nightlife.

According to the 2018 Nestpick survey results the best cities for millennials to live in are:

Berlin came out on top in the ranking, scoring major points for its culture surrounding startups, the quality and diversity of food on offer and for being LGBT-friendly. The city moved into the first position upon last year’s results, which ranked Berlin as second overall.

The Canadian city scooped the second position, earning points in the categories of immigration tolerance, festivals and LGBT-friendliness.

London earned a perfect score for its selection of universities, while its culture of startups, personal freedom of choice and tourism earned it extra points.

Last year Amsterdam took top honours in the rankings but was bumped by Berlin this year. Amsterdam still scored exceptionally well in the personal freedom, nightlife and festivals sub-sections.

The second of three Canadian cities in the top ten, Toronto scored high for its stance on immigration, personal freedom, and startups.

Canadian cities dominated the global ranking, with three separate places earning places in the top ten, and Vancouver earned high marks in a number of categories that looked at openness.

Barcelona received a nearly perfect score for its selection of exciting festivals throughout the year, while its health ranking and tourism scores were also high.

The Big Apple earned a perfect score in the startup category, as well as scoring high its festivals and nightlife.