Canadian state is open to 10 000 visa applications next month

The Immigration, Diversity and Inclusion Minister (MIDI) for Quebec Kathleen Weil announced the reopening of its online skilled worker program (QSWP). As of 13 June 2016 an initial quota of 5,000 skilled worker visa applications will be accepted as part of an overall quota of 10 000 applications. The minister confirmed that the second batch of 5,000 visas will be issued later in the year.} 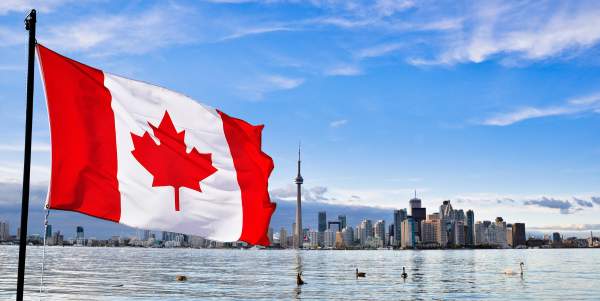 First Reception Period - Applicants who have created an online user account will be able to submit their application for a Quebec Certificate of Selection (CSQ) and pay the required fees. A maximum of 5,000 applications will be received during this period on a first come first served basis.

Second Reception Period to be confirmed by MIDI - Applicants who have created an online user account will be able to submit their application for a CSQ and pay the required fees. A maximum of 5,000 applications will be received on a first come first served basis, during this second period.

“Applications for a Quebec skilled worker visa outside of the times allotted above will not be considered, while those eligible under the Quebec Experience Program – or with a validated employment offer – can lodge an application at any time and are not restricted to applying during the specified periods”, stated the Ministry. Adding that, “Applications made by those with a valid study or work permit are also exempt from the time restrictions stated.”

The QSWP visa program features more than 75 eligible occupations, plus areas of training that make applicants eligible for a Quebec CSQ, without a job offer in place – ask your immigration consultant for more information in this regard.

“The Areas of Training list features a variety of study courses that award points to applicants and a spouse or de facto spouse for diplomas acquired outside Quebec or obtained in Quebec or recognized as Quebec equivalent,” confirms the Ministry on its website.

The QSWP seeks to select candidates based on the highest probability of successful economic settlement potential, with foreign nationals seeking to settle permanently in Quebec needing to undergo a two-step immigration process:
• They must be selected by the MIDI, Quebec's immigration authority. Selected applicants will receive a Quebec Certificate of Selection (CSQ).
• An approved CSQ holder must file an application with Canadian federal immigration authorities. The federal government's role in evaluating a Quebec application for permanent residence is mainly limited to issues of health and criminality.

The Quebec skilled worker program, unlike Canada's federal Express Entry Immigration System or programs offered by other provinces under Provincial Nominee Programs (PNP), remains the only program whereby applications are not processed on a first come first served basis.

If you are interested in learning more about immigrating to Canada, you would be well advised to seek the assistance of an authorised and legitimate immigration practitioner to assist you with the process.

Immigrating is a challenging legal process requiring mounds of paper work and a good understanding of Canada’s immigration legislation. New World Immigration is a professional Cape Town-based immigration company with years of experience to back them up. Contact a consultant for a free Canadian visa eligibility assessment based on your own unique situation.