Consider getting a relocation coach

Luckily help is at hand in the form of the new niche business of relocation coaching. 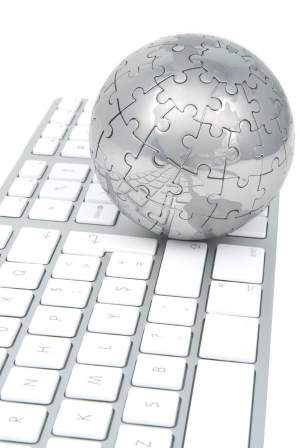 One such coach is Patti McCarthy. Patti used to work for a relocation firm in Australia, driving newly arrived expats around Melbourne, helping them look for everything from homes to schools to violin teachers for their children. She often kept in touch with many of her clients writes the Wall Street Journal.

“It turned out that a lot of them [expats] were unhappy, isolated, lonely,” Patti said. As a British-born resident of Australia who has lived in six countries, Patti related to these challenges, and wanted to help others work through them. So she became a certified life coach, and eight years ago launched a business, Cultural Chemistry, focusing on expats and their integration into their adoptive country.

Patti explains that relocation coaching goes beyond the usual language training and lessons about cultural norms, like whether or not to shake hands or how much to tip a waiter, which institutions have been offering for years in preparation for overseas moves. She, instead, meets individually with expats and their families in Australia, and uses a process of questioning to help them identify what they are struggling with and what actions they can take to make their integration into the local society easier. She also focuses on how the overseas experiences are affecting their personal development and relationships.

In what seems to be a growing trend most major international cities have such coaches who brand themselves as catering to expats. Many of these coaches themselves have been expats or are expats.

“Expat coaching is a growing niche,” said Nick Kettles, a France-based faculty member of the Coaches Training Institute, which offers training in 20 countries. “When you move to a new country you are being thrown out of your comfort zone, so this is a good opportunity for growth, and coaching can help with that.”

Coaching in general as a profession has seen rapid growth, with about 47,000 coaches worldwide in 2012, up from 30,000 in 2007 this is according to the most recent study by PricewaterhouseCoopers and the International Coach Federation said the writer of the article.

Some corporations have integrated coaching elements into the standard cultural-awareness group training for expats, hiring those trained in coaching to run pre-departure training.

“They [corporations] are realizing that it’s not just about the culture, but about the transition that employees go through abroad,” said Katherine Barton, a London-based life coach who offers cultural-awareness training and coaching to companies with foreign employees in the U.K. “Even if they are an experienced expat, they are managing a new transition.”
Before setting off for a new expat life in Montreal, Quebec, in May, Valerie Sanchez and her husband, Niels Hagege, a French couple from Paris, met with a coach for six months, mapping out the anticipated challenges, expectations and goals of their move.

The couple felt they needed someone to help them along the way, “to clarify our goals, so we wouldn’t be disappointed with the move,” said Ms. Sanchez to WSJ. Working out goals was especially important because they were making this move on their own, in order to show their children a new part of the world, and to experience a new business and political climate after growing disenchanted with the system in France.

The coaching has helped her deal with differences such as the typical politeness of people in Montreal, rather than the direct mannerisms typical in France, where it is clear what someone thinks, she said.

One of the main challenges coaches say they face is letting expats know about this resource, especially in countries in the developing world where the field is new or in places where working with a coach may carry a stigma of weakness or failure.

“When I tell people what I do, a lot of people say, I didn’t even know someone like you existed,” Ms. McCarthy said. “Expats often say, I wish I had met you earlier.”

McCarthy has recently released a book, Cultural Chemistry – simple strategies for bridging cultural gaps, focussing on crossing cultural divides which will no doubt be interesting reading for expats and prospective expats.