Continued economic growth in New Zealand thanks to immigration

New Zealand's economy grew at the fastest annual pace in two years in the third quarter of 2016 states a new report. The reason behind this phenomenon? It’s believed that, amongst others aspects, quality skilled migrants entering the Kiwi work force are behind this economic success. 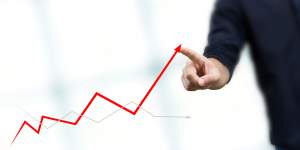 Surging immigration, record-low borrowing costs and a housing boom are stoking New Zealand's economy, which is among the fastest growing in the developed world.

The economy expanded 3.6% in the second quarter from a year earlier, claims the report published in Yahoo Finance, matching estimates and the most since the final quarter of 2014. Gross domestic product grew 0.9% from the first three months of the year.

What makes it so popular with migrants?

A strong economy, stable political environment, brilliant infra-structure and a multi-cultural society means that migrants with the right skills easily find good employment in a society tolerant of cultural diversity. Some studies support claims that as many as 25% of all 4.6 million people living in New Zealand were born overseas.

A global index of the world's best place to live put New Zealand at the top. Researchers at the Legatum Institute think tank ranked New Zealand the highest, despite 26 other countries being wealthier, because of its 'unrivalled ability to turn its wealth into prosperity' - a broader measure than just money.

Rankings on the Legatum Prosperity Index are based on income as well as 'wellbeing' measures such as freedom, health, social ties, business opportunities, governance, nature, education and security.