After years of struggling to find appropriately qualified workers Canada has launched a new three-year pilot program which will speed up immigration for skilled workers to the country’s Prince Edward Island. 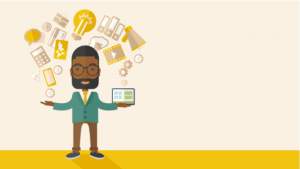 Residents of Prince Edward Island enjoy a comfortable standard of living thanks to the relatively low costs of living, as compared to some other Canadian provinces. Housing and heating costs, as well as the cost of living generally, are among the lowest in Canada. The mandatory minimum wage is $10.35/hr.

The basics of the project

Under a newly launched project, P.E.I will be allowed to bring in 120 more immigrants in the first year. That's on top of immigration programs that already exist.

It's part of an Atlantic-wide program with a goal of bringing more skilled immigrant workers to the region.

"Nationally and internationally there is a shortage of long haul truck drivers," he said. "We've been experiencing this for about 14 years now and it's getting progressively worse."

The program hopes to make it easier to attract and keep skilled immigrants, by offering permanent residency reported the Canadian Broadcasting Corporation.

"It allows the companies to seek out the individuals themselves," said P.E.I. Minister of Economic Development and Tourism Heath MacDonald. "It will be a fairly quick process."

To obtain the temporary work permit, a job offer is required, as well as a letter from the province and a commitment from the individual that they will apply for permanent residence.

Individualized settlement plans for the individual and their families are also required.

Engineers and IT experts are in serious demand

It is a known fact that certain industries in Canada have struggled for years to attract workers due to a shrinking labour force and aging population. This situation will continue to be a problem stated resent news reports as Canada’s birth rate is not in keeping with its economic demands.

Aspin Kemp & Associates plans to use the program. The company specializes in manufacturing electrical systems for the offshore and marine industries.

Employers who have an immediate vacancy can get temporary work permits so an immigrant and his or her family can come to Canada right away.

"You hear it from companies. It takes too long sometimes to process files," said MacDonald.

"This will expedite it and allow them to move quicker."

A total of 2,000 applicants are expected for the program in Atlantic Canada in the first year.

What are the minimum requirements?

• Be between 21 and 59 years of age;
• Have a full-time, long-term (at least two years) job offer from a PEI employer in a skilled position (NOC 0, A or B level);
• Hold a valid work permit, if currently employed by a PEI employer;
• Have legal status in their country of residence;
• Attend an interview in PEI, if required;
• Have at least a two-year post-secondary degree or diploma;
• Have at least two years of full-time work experience in the past five years;
• Demonstrate sufficient funds to settle in PEI;
• Demonstrate a genuine intention to become established in PEI; and
• Possess sufficient English and/or French abilities to perform the job in PEI. Proficiency can be verified by one of the following:

o An IELTS, CELPIP, or TEF test result showing a minimum band score of 4.0, obtained in the last two years;

o Declaration of language ability from the employer offering the job; or

o Educational or training documents from an internationally recognized institution, indicating that the principal language of study or communication was English or French.