Did Your City Make The Most Respected Quality of Life Top 40 List?

Six of Australia’s 7 largest cities and 5 of Canada’s largest cities have made the most respected and trusted quality of life rankings list – the Mercer Quality of Life Survey.  These cities were all ranked in the Top 40 beating almost all other countries with the sheer number of cities from one country being listed – besting world dominators like the US and Britain.  The only country to beat Australia was Germany with 7 cities ranked in the Top 40. 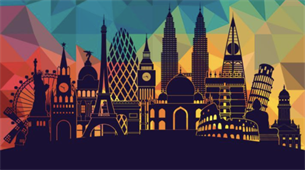 According to a new ranking by Mercer six Aussie and 5 Canadian cities are among the Top 40 best cities in the world to live in and Mercer knows what they are talking about.  Each year the company publishes its Quality of Living Survey which is referred to by many large international employers to help determine compensation for employees sent to work abroad. The survey ranks 231 cities from Vienna to Baghdad on quality of life.  Countries with cities commonly ranked in the top 50 include Austria, Switzerland, New Zealand, Germany, Canada, Denmark, Finland, Australia, Sweden and the United States.

The cities are rated based on 39 factors, grouped into the following 10 categories:

- Social environment including politics and crime

This is how cities ranked: