The past week is one that will be remembered as a week that exposed the many many short comings of the South African government leaving a growing number of South Africans more worried than ever as we count the loss of human lives, consider the alarming budget speech and live in fear that nothing can be done to plug the hole in this sinking ship. 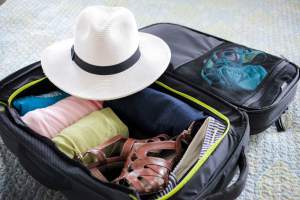 It comes as no surprise that more and more educated, experienced and qualified South Africans are considering immigration as a way to safe guard their futures and literally save their and their families’ lives.

Crime is more out of hand than we thought

Details of the reported murder and rape situation in South Africa were revealed on Tuesday with the release of the police’s official crime statistics.

2.1 million serious crime counts were recorded in the 2016/17 financial year, of which 1 738 980 were community-reported serious crimes.

The Western Cape is home to a third of the country’s police stations where the most killings have been recorded and it's also home to South Africa’s longstanding murder capital - Nyanga.

In the Western Cape, gang violence has become a major problem with Police Minister Mbalula earlier this month calling for the army to help police in combating this.

Agri Western Cape says it's worrying that attacks on farms are spiraling out of control. At least four attacks were reported on Western Cape farms in the past month.

In the latest incident earlier this week, a 47-year-old man was shot and killed on a Klapmuts farm near Stellenbosch.

Agri Western Cape CEO Carl Opperman said: “We are devastated by the loss of life on the farms. [Whether] It is the farmers or the farm workers, it is a loss on a farm that is producing food for the South African consumers. The increase that we’re picking up at the moment, is very worrying and we are very concerned.”

Commenting on the budget speech political analyst Daniel Silke said "it almost wasn't a budget- it was more of a statement of the crisis the country finds itself in".

Silke spoke to the Times Live adding it offered little in the way of constructive responses to the crisis and represented "the failure of good governance and policy over a number of years".

Silke said the country found itself in an "economic no-man's land" until the ANC leadership battle was settled‚ and in the "ratings agencies’ danger zone" as they decided whether to adjust ratings now‚ or wait until December's elective conference.

He said ballooning national debt would see government spending R129.7-billion more on debt service costs than it spent on policing this year‚ and R33.8-billion more than it did on health.

Children are not safe

South African’s from all walks of life have had enough and the situation is not improving and government is showing no sign of dealing with the issues that scare and torment South African society. Law enforcement is lethargic, short staffed, ill equipped and demotivated by laws that make doing their work near impossible.

Is it then any wonder that many South African’s have now also finally called it quits and are packing their bags for countries where their children can play in the street with their friends, where the economy is booming, the political situation is calm and stable, crime is effectively managed, schooling and health is a priority and lives and peace is valued?