If you can cook you can come to Canada! So, it seems, is the case based on the country’s latest immigration figures. 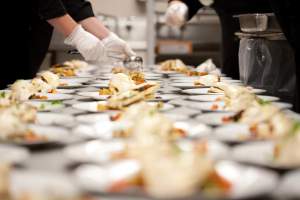 According to a new review into Canada’s Express Entry system, 2,356 applicants who were offered the opportunity to immigrate to Canada in 2015 were food service supervisors, while a further 2,295 were cooks. Combined, the two occupations represented 16 per cent of the overall total who gained permanent residency status in Canada.

The Top 10 occupations that will get you into Canada quickest are:

And the good news is that 80 per cent of Canada’s visa applications were processed within only six months.

Following an evaluation of the Express Entry system after its first 12 months in operation, it was found that 80 per cent of immigration cases were processed within the six-month target set out by the government – from the day an application was received until a final decision was made by a Canadian immigration officer.

What is the Canadian Express Entry system about?

The Canadian Express Entry system, which is Canada's flagship economic immigration selection system, has been branded a success for its 'just in time' system that has processed most applications from start to finish within the government's target timeframe of six months.

Visa applicants are required to complete a profile that's then added to a pool of candidates. Each applicant is ranked using a point scoring system. Points are awarded for each applicants unique potential contribution to the Canadian community and is therefore scored on education, language skills and work experience.

A Canadian immigration verification process that shows that an applicant's skills are in short supply and instantly the applicant is awarded an extra 600 points in the scoring process. Applicants must score at least 450 points to be considered for this programme.