Get your residency permit when you buy property in Portugal

The situation, which left many countries bankrupt, and in desperate need of bailouts hit EU countries such as Portugal, Cyprus, Greece, Hungary, Latvia and Spain in 2009. These countries and Portugal in particular, have now designed an effective way of attracting foreign investment into the country. Buying property in Portugal entitles you to a Portuguese residency permit. 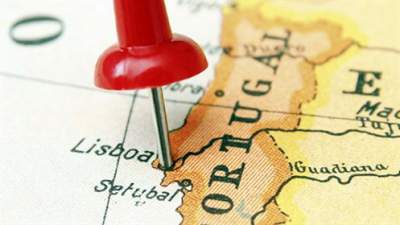 The Portuguese government is already reporting the scheme’s success with Portuguese Deputy Prime Minister Paulo Portas saying there is evidence that this plan has started blowing new life into the collapsed Portuguese property market as foreigners take advantage of the opportunity to obtain their EU residency.

Thus far this visa system has, in less than two years, generated almost €900m in foreign real estate investment. This figure is expected to reach at least €2bn by the end of 2015.
It would seem that specifically Chinese investors are interested in this visa deal with figures supporting that 81% of 1,360 such visas, issued since the scheme started in 2012, have been to Chinese nationals.

"Our first sales are already underway and several buyers will be visiting Portugal during the next few weeks to view properties. These purchasers are across a broad spectrum, naturally affluent people due to the entry level price, and mostly families. Buyers are from various regions, the bulk being from Gauteng."

"Most of the interest has been in the Lisbon, Cascais and Estoril areas. We have accordingly secured opportunities in downtown Lisbon, with its mature rental market offering solid long-term rentals. While the beautiful areas of Cascais and Estoril, with their spectacular town squares and magnificent beaches offer all the benefits of leisure living, these are actually primary residential areas - with most residents working in Lisbon, which is a mere 20 minute commute away. As a result these areas also have a strong rental market, ensuring a very active property market," said Immelman.

Immelman added that, "Through an entry level property purchase of €500,000, the Portuguese Golden Visa Programme offers South Africans the freedom of obtaining Portuguese residency, which under current legislation ultimately qualifies one for a Portuguese passport, and therefore unrestricted access to move within the Schengen zone.”
Chinese interest in Portugal is also reaching interesting levels as the country acts as a porthole to the rest of the European Union countries and offers easy access to other Portugese speaking countries such as Brazil, Botswana and Mozambique.

“Chinese executives working in Africa can make a home in Portugal where their children can go to school and they can visit,” says Miguel Frasquilho, head of Aicep, Portugal’s trade and investment agency.

Commenting on the situation Charles Roberts of ‘Fine & Country’, a specialist real estate agency, said, “The market for investor residence permits consists essentially of wealthy people living in countries they feel to be politically, economically or religiously unstable.”

Bat Ayelet Shachar, a Canadian professor at law warned that European countries have started auditing their visa schemes so that potential areas of exploitation can be eradicated. “Courting the world’s moneyed elite by relaxing standard admission and naturalisation requirements may enrich the coffers of a country in the short run but in the long haul, it risks cheapening something far more important: citizenship itself,” cautioned Ayelet.

Contact Sarah Farthing to find out if you're eligible for the Portuguese residency permit.