Kiwi government warns Immigration Officers to stick to the rules

With more and more cases of fraudulent and illegally acquired travel documentation and visas being brought to light Immigration New Zealand have now issued a strict warning to all immigration officers and travellers to adhere to the country’s immigration regulations. 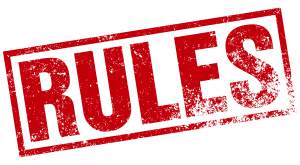 In a memo issued to immigration officials New Zealand Immigration stipulates what is expected and have now set out clear guidelines for cases where staff felt applicants or their representatives had "crossed the line".

The memo also said that while immigration officers may come under pressure to approve visas which did not meet immigration instructions they still had a statutory obligations to make decisions that reflected their assessment of applications.

"Where an IO feels that they are being pressured or coerced into making a decision that they do not agree with and/or does not meet instructions then they must raise this with their Immigration Manager or another manager who they feel comfortable approaching.

"Any manager who is approached should look into the situation carefully and discuss the next steps with their Operations Manager."

"We expect lawyers and advisers and advocates to lobby on behalf of their clients but I guess this is where that crosses the line,” said the area manager of operations support for visa services, Darren Calder.

"This is just around where there is more pressure than just a supporting document or it's actually pressure to approve or if you don't approve this then there'll be implications for an applicant.

"So that could be just intense conversations, it could be as simple as threats of media involvement, lobbying the local Member of Parliament or the Minister of Immigration or the implications of letters of complaint.

"I don't think threat is the right word, this is just around where there is pressure to make a [positive] decision, either real or perceived."

"There's a number of opportunities to review the decision post-decision in terms of did it meet government instructions, was it administrative error or have we been given false or misleading information for example," Mr Calder said.