Liberal Leader Justin Trudeau unveiled a number of measures to reform Canada's current immigration policies during a campaign stop in the Ontario riding of Brampton Centre, which is currently held by the Conservatives. The pledge was anchored by a pledge to make it easier for new Canadians to sponsor relatives living abroad for resettlement here. 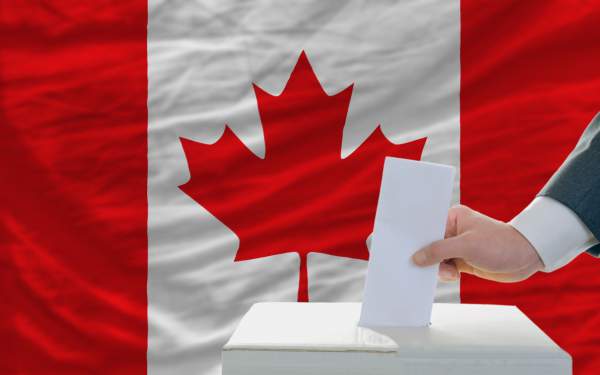 Trudeau said that if a Grit government is elected on 19 October it would double the number of applications for parents and grandparents that could be submitted each year to 10,000. The Conservatives capped the number at 5,000 in 2013, saying that the number of older immigrants allowed into Canada must be limited because of the burden they place on the health-care system and other social security programs reported CBC

According to the same report the Liberals would also double the budget for processing applications, a measure that Trudeau said would significantly cut down the multi-year wait times currently holding up the immigration process for thousands of applicants.

The cap was part of the Tories' overhaul of the family reunification category of immigration, which began in earnest in 2011 with a temporary moratorium on new applicants for reunification to deal with a backlog of tens of thousands of applications.

In May 2013, then citizenship and immigration minister and current Conservative candidate Jason Kenney said it was "just not right" that a growing number of older immigrants were ending up on welfare, calling it "an abuse of Canada's generosity."

In place of new applications, the Conservatives introduced 10-year "super visas," which allow the family members of some new Canadians to stay in the country for up to two years. Though it was initially billed as a temporary measure, the super-visa program was made permanent in 2013.

Since the Conservatives secured a majority government in 2011, they have shifted Canada's immigration approach away from a first come, first serve basis, to one that emphasizes economic migration.

Starting in January of this year, for example, the government began fast-tracking permanent residency for young, highly skilled immigrants who can fill the country's labour needs. Under the express entry system, the government has focused on connecting skilled workers with employers. This system is known as the Express Entry system.

In his announcement Friday, Trudeau stressed that reuniting families also has economic benefits, saying that older relatives often provide critical help to young parents, such as child care, so that they can go to work each day and save money on day care costs. The money saved then makes its way back into the economy through consumer spending and increased productivity.

"We believe that family reunification is an important help and driver to the middle class," Trudeau said.
"When someone needs help with their work-life balance, the first call they make is to a family member, and if that family member is in the Philippines or in India, it's hard to get the daycare you need so you can go to a job application."

He also promised that the spouses of recent immigrants would receive permanent resident status immediately upon arriving in Canada, bypassing the two-year wait period currently in place. A Liberal government would also restore the maximum age for dependants from 19 to 22, making it easier for immigrants to bring their older children to Canada.