Migrants to Europe: The facts

Why do people immigrate? 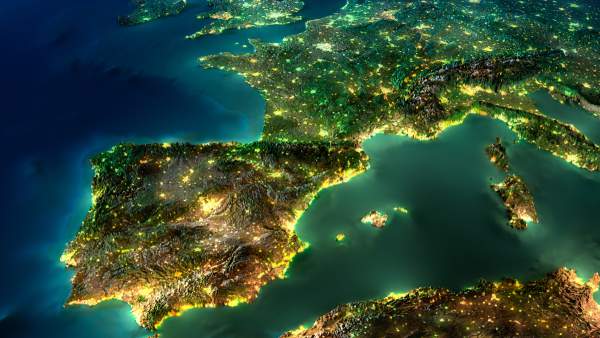 There are several reasons why people decide to immigrate and these may include political, moral, religious, but, above all, economic reason.

Europe has for centuries been a popular immigration destination for nationalities from across the globe. Research shows that today a large percentage of most European countries’ populations are migrants whom have chosen to leave their native country for a new life in one of Europe’s 28 European Union member states.

As of 2008, the French national institute of statistics INSEE estimated that 5.3 million foreign-born immigrants and 6.5 million direct descendants of immigrants (second generation born in France with at least one immigrant parent) lived in France representing a total of 11.8 million and 19% of the country's population.

In January 2015 the "immigrant population" in Norway consisted of approximately 805,000 people, including 669,000 foreign-born and 136,000 born in Norway to two immigrant parents. This corresponds to 15.6% of the total population.

In 2005, an estimated 565,000 migrants arrived to live in the United Kingdom for at least a year, primarily from Asia and Africa, while 380,000 people emigrated from the country for a year or more, chiefly to Australia, Spain and the United States.

Since 2000, Spain has absorbed around six million immigrants, adding 12% to its population. The total immigrant population of the country now exceeds 5,730,677 (12.2% of the total population).

Portugal, long a country of emigration, has now become a country of net immigration, from both its former colonies and other sources. By the end of 2003, legal immigrants represented about 4% of the population, and the largest communities were from Cape Verde, Brazil, Angola, Guinea-Bissau, the United Kingdom, Spain, China and Ukraine.

In 2014 the immigrant population in Sweden consisted of approximately 2.09 million people, including 1.60 million foreign-born and 489,000 born in Sweden to two immigrant parents. This corresponds to 21.5% of the total population.

Immigration has been a major source of population growth and cultural change throughout much of the history of Finland. The economic, social, and political aspects of immigration have caused controversy regarding ethnicity, economic benefits, jobs for non-immigrants, settlement patterns, impact on upward social mobility, crime, and voting behaviour.

Which European countries host the most non-Europeans?

Countries in which immigrants form between 25% and 10% of the population are:

Reasons immigrants choose to leave their birth countries behind varies, but five key factors have been identified:

When we see it from an economist point of view, the picture is quite clear – people immigrate to gain financial stability and better future prospects in countries that are better able to offer it than their country of birth.

Now some people give high emphasis on higher standard of living. The reality is that migrants hope for a life where infrastructure, health service, education, safety and economic stability will offer them a better and more peaceful way of life. Countries with higher standards of living are also likely to present the migrant with better employment opportunities from which them and their children might benefit.

Many poorer world countries have limited access to good education and parents recognize the importance of ensuring their child has the best possible opportunities so as to secure their future. European countries have a long standing reputation of world-class universities, high schools, colleges and professional institutes.

Happily settled migrants are often joined by family members interested in sharing in the quality of life their loved one enjoys and to re-unite the family unit in that specific European country promoting them to leave their native country.

European countries are, typically, more established and politically stable than those on the African and Asian continents A stronger level of tolerance of diversity is often observed meaning the migrant feels safer to practice their religion and live in a harmonious community.