New Zealand welcomed 5700 migrants in July this year and the writer of the blog explains why New Zealanders should be welcoming migrants with open arms. 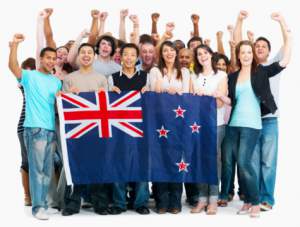 Writing for the New Zealand Herald Lee Suckling explained that economic and technological advancements have made New Zealand an exciting place to be, younger generations can now see what migrants have known all along, “We have it so damn good at this end of the world,” he said.

“But, it could be better. While there are disputable downsides to mass immigration into a country – particularly the strain on current resources – if New Zealand were to take in a substantial influx of new migrants, the lives of all Kiwis could be better,” adds the writer, listing the positives of migrant interest in the country:

“Ethnic diversity is currently concentrated in Auckland. If all new migrants were incentivised not to settle in their initial port-of-entry and instead to move down the country, our housing situation would begin to even out and our struggling small towns would be given new economic life.”

Suckling continues to argue that if the whole nation were to more broadly represent Auckland's ethnic make-up New Zealand could break down the ethnic barriers.

At a different level of social consciousness would benefit locals in having greater volume of other cultures packed into our country towns and smaller cities. The Invercargill Chinese Lantern Festival? The Te Kuiti Diwali fair? How about a Passover or Eid al-Fitr feast in a New Plymouth community hall? All make for more exciting experiences than another Thursday at the pub.

Suckling then rightly adds that New Zealand’s coffers would benefit by these events and further contribute to the social and governmental fibre of a community. “Festivals rely on local providers for power, infrastructure, food supplies, accommodation, and amenities. Events also inevitably pay for local permits, putting their bit back into local government.”

Meeting the needs of Kiwis and migrants

According to the writer Auckland would need another 22,000 houses in addition to the 50,000 target.

“Increased migration could help solve the country's housing crisis. Not only would we have more people to provide goods and services, we'd also have more people to buy them. More people earning means more people spending, and better nationwide microeconomies means better circumstances for all of us,” Suckling wrote adding that on top of this more tax payers means more infrastructure without the risk of the "they'll use up our [New Zealand’s]social services" argument.

“Outside of Auckland we have a lot of space to offer in New Zealand, and a lot of social and economic holes that need to be filled,” Suckling ended referring to the gaps in the employment sector which will be filled by skilled migrants who in turn again create employment opportunities for New Zealanders. It is commonly believed that in New Zealand every skilled migrant employed in a position that cannot be filled by a local - and is needed for their skills and experience in that field – eight New Zealanders are employed as an outflow of appointing such a migrant.