Immigrants living in New Zealand who wishes to re-unite their families by sponsoring their parents to settle in the country will now have to commit to taking care of their needs for 10 years. 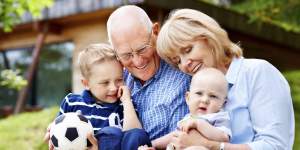 Immigration New Zealand announced this change to the family visa stream which serves to curb the country’s annual spend on accommodating migrants. In an effort to address the situation immigrants visa visa’s or residency permits will now have to support their parents financially for a decade if they are approved to settle in New Zealand.

This latest move see the current five-year sponsorship period adult children must commit to, when joined in New Zealand by their foreign born parents, double.

The increase is the latest in a series of policy settings that the government has changed because of concerns about immigrant numbers and costs.

News reports started commenting on a freeze on the parent category when that came in to affect last month.

Immigration New Zealand said the sponsorship period increase from five to ten years would affect those people who had already been invited to apply, and anyone who applied in the future.

Immigration Minister Michael Woodhouse announced the freeze last month, saying immigrants' parents were seeking income support because they did not have the means to sustain themselves, despite sponsorship commitments.

He said it was costing taxpayers tens of millions of dollars a year, with health services also burdened.
Every year, about 5500 parents of migrants settle in New Zealand, of whom about half are Chinese and around 20 percent are Indian.

Immigration New Zealand's operational policy manager, Nick Aldous, said a review of the parent category was underway.
He said the change to the sponsorship period was agreed to as long ago as 2011 to limit fiscal costs, but required a law change.

"The changes which have been made to both numbers and (over recent years) policy settings are in response to concerns that the overall costs of the Parent Category to the New Zealand community should be limited," he said. "The upcoming review will also address these concerns."

The government also announced last month it aimed to rein in the number of residents under the skilled migrant category and raised the points threshold immigrants must meet to apply.

Last week, a change to rules came into force meaning South Africans now have to apply for a visitor visa before travelling to New Zealand.

Previously visitors could be granted a visa on arrival through the visa waiver system.