Migrants to New Zealand could be in for challenging times if the Kiwi government decides to follow the lead that big brother Australia set last week with their ‘Australia First’ campaign. And what’s more, the indications are there that New Zealand could soon decide to further tighten controls on their immigration influx. 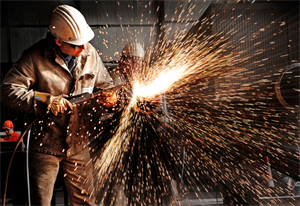 Last week the New Zealand government announced plans to tighten access to skilled work visas to help get Kiwis into jobs ahead of migrants.

The changes come a day after Australia announced it would give priority to Australian workers by replacing the skilled 457 visa.

“Australians must have priority for Australian jobs – so we’re abolishing the [class] 457 visas, the visas that bring temporary foreign workers into our country,” said the Aussie PM Malcolm Turnball.

“It’s important that our immigration settings are attracting the right people, with the right skills, to help fill genuine skill shortages and contribute to our growing economy,” he said. “That is why we are making a number of changes to our permanent and temporary immigration settings aimed at managing the number, and improving the quality, of migrants coming to New Zealand.”

With the country’s recent migration figure of 70 000 foreigners entering the job-force in 2016 the Kiwi government is considered at risk of following Australia’s example which may see a more difficult road to citizenship, shorter stay visas, stricter entry criteria and only those with a very specific skillsets will be welcomed.

But analysts predict that not only New Zealand will have to become stricter. The occurrence is set to become a global phenomenon fuelled by skilled professionals’ developing a deep mistrust in their governments. The exodus of Americans into Canada after the Trump presidential victory is a well-documented fact.

The changes include raising the income threshold to be classed as a skilled migrant to nearly NZ$50,000 (£27,500) a year, classifying anyone earning NZ$73,000 and above as high-skilled and restricting work visas to low-skilled workers to three years, after which a mandatory stand-down period will be enforced before workers can re-apply.

The largest number of migrants to New Zealand come from Britain, China, India, the Philippines and South Africa.