New Zealand is looking offshore for hundreds of workers to rebuild roads, railways and buildings after this month's earthquake amid a shortage of local workers in an overstretched construction industry. 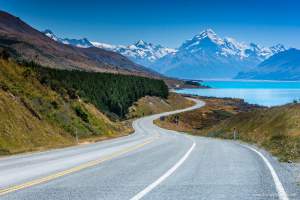 "We can't get enough people to fill the demand currently …the earthquakes kick in and you need even more people," said Kevin Everett, director of Building Recruitment, an Auckland-based agency that finds the majority of its workers from overseas, mainly in South Africa.

"We're looking for hundreds of people, in all aspects of the industry."

New Zealand was still dealing with the aftermath of the 2011 quake that destroyed much of Christchurch when this month's 7.8 magnitude quake shook the country, killing two people, setting off destructive landslides and cutting of the country's main highway.

Highly-qualified professionals such as engineers could get skilled migrant visas that allow them to settle in the country.
"We're likely going to need to import workers to keep up with that demand," said Christina Leung, senior economist at think-tank the New Zealand Institute of Economic Research.

"The fact that it comes through in stronger population growth means increased housing demand."

The rebuild work from the latest quake is likely to need more than 1,000 people to clear blocked roads and strengthen buildings, according to members of the building and construction industry.

The government estimated that repair work would cost more than NZ$2 billion ($1.40 billion), but some economists have put the bill at closer to NZ$12 billion.

Almost 10,000 migrants worked in the construction sector as of June, up from 6,000 five years ago according to the Ministry of Business, Innovation and Employment, though this was likely to be an undercount as it excluded migrants living in temporary accommodation.