But the growth since the beginning of this year’s first quarter sets the total growth for the past 7 months at more than 5%. The continued rise in job opportunities is attributed to New Zealand’s strong and growing economy which produced jobs in especially the accommodation and food services, construction and health services. 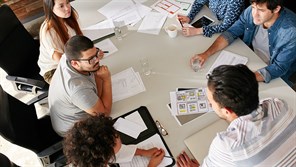 The accommodation and food service sector reported a staggering 11 per cent increase in available jobs since the start of the year. This translates to 14,000 more jobs in one sector alone said Statistics New Zealand business prices manager Sarah Williams.

The data shows an additional 10,000 construction jobs (up 6.8 per cent), 9,100 more health care and social assistance jobs (up 4.1 per cent) and 9,000 new professional, scientific, technical, administrative and support services jobs (up 3.6 per cent).

The report also noted that the annual wage inflation increased by 1.5 per cent in the second quarter of 2016, adding that this is in line with levels for the past three years. New Zealand’s consumer price index(which measures the prices of goods and services that households buy) had reated to the job market and increased by 0.4 per cent over the same period last year.

“The gap between the labour cost index (LCU) and inflation was 1.1 per cent, the smallest gap since the end of 2014,” Williams said.

According to the data the private sector wage inflation was 1.6 per cent in June, while for the public sector it was 1.3 per cent.

“It’s great to see more people moving to areas where skills are required,” said employment minister Steven Joyce in reaction to the figures.

“Construction is now at an all-time high and that trend is set to continue. Wage growth is also increasing at a healthy margin over inflation.

“The growth in jobs underlines our commitment to creating an environment where businesses have the confidence to invest and where people are able to gain the skills to work in areas of growth. These are key priorities in the Government’s Business Growth Agenda,” continued the minister.

Jobs in demand in New Zealand